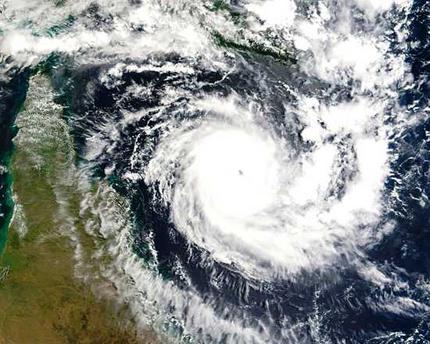 Climate and weather organisations across the Pacific are predicting near normal tropical cyclone activity in the southwest Pacific this coming summer. On average, nine tropical cyclones occur in the region each year.
New Zealand’s National Institute of Water & Atmospheric Research (NIWA) has issued the tropical cyclone outlook on behalf of collaborating organisations from New Zealand, the US, Fiji, Australia, French Polynesia, and the Cook Islands.
The outlook says that near normal tropical cyclone activity is likely for most countries in the southwest Pacific during the cyclone season of November to April. Countries east of the date line, including Niue and Tonga, are at higher risk than normal because of the current weak El Nino conditions. The outlook warns that parts of southwest French Polynesia (Society and Austral Islands) and the southern Cook Islands can be affected by tropical cyclones during El Niño, so these islands should also remain vigilant.
Outlook in more detail:
Weak El Niño conditions currently exist in the region. Equatorial sea surface temperature anomalies are positive but the coupling between the ocean and atmosphere is still weak. The expectation is that near normal tropical cyclone (TC) activity will occur for most countries in the southwest Pacific during November – April. Communities should remain alert and prepared.
Conditions for this season indicate tropical cyclone activity will be near normal, with 8–11 TCs expected over the November 2009 – April 2010 period for the southwest Pacific. On average, nine tropical cyclones occur each year for the southwest Pacific region. Southwest Pacific TCs are grouped into classes ranging from 1 to 5, with 5 being the most dangerous. For the coming season, two or three storms are likely to reach at least Category 3, and one storm is likely to reach at least Category 4, with mean wind speeds of at least 64 knots or 118 km/h. An increased risk of tropical cyclones for the 2009–10 season exists to the east of the date line. It is likely that the first storm will develop prior to the end of December, which is based on normal developments during a near-normal season.
Regional sea surface temperatures indicate the Coral Sea is warmer than normal at present. Warm anomalies in the Coral Sea are not expected to increase the risk of TCs in the western part of the South Pacific basin near New Caledonia. However increased risk east of the date line exists, including Niue and Tonga. It should also be noted that TCs can affect parts of southwest French Polynesia (Society and Austral Islands) and the southern Cook Islands during El Niño. These islands should remain vigilant as the event continues to evolve with progression into austral summer. Though a weak El Niño exists, the number for TCs entering a 550km radius of the New Zealand is expected to remain about normal.

So NIWA’s latest outlook is for near normal tropical cyclone activity for NZ during the cyclone season of November to April. But as NIWA do not do longrange forecasting and by their own admission can only ever look 3 months ahead, which takes them to 20 January, they are assessing less than half the period. How then can they credibly comment? Remember NIWA in April said we were in for a warmer winter over the next 3 months. They are quite incorrect on their TC season prediction also.