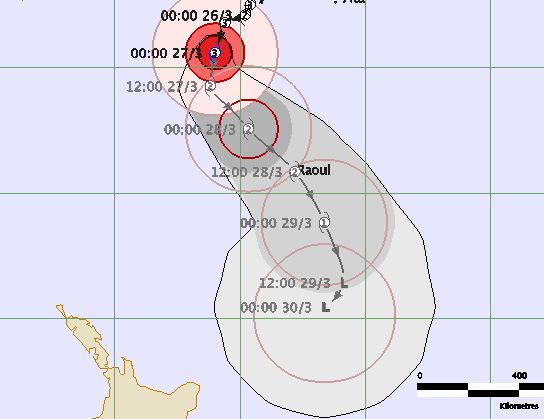 It is expected to very slowly weaken into a Category 2 cyclone on Monday with sustained winds around 110km/h.

The models now place cyclone Bune directly over the top of Raoul Island by midnight Monday as a Category 2 storm.

Raoul Island is home to several Department of Conservation staff with up to 10 potentially on the island reports NZPA.

A category 2 cyclone could fell trees, damage some buildings and sink boats.

The storm is expected to curve back in towards New Zealand but, as predicted all week, the centre is not going to make landfall here.  There is still a possibility of severe weather affecting Gisborne and East Cape but confidence remains low by WeatherWatch.co.nz forecasters.

High confidence remains, however, for dangerous rips and surfs along the east coast, especially between the tip of East cape and Wairarapa between Tuesday and Saturday of next week.

Today it is moving at walking speed, around 8km/h.

The central air pressure is 973hPa. 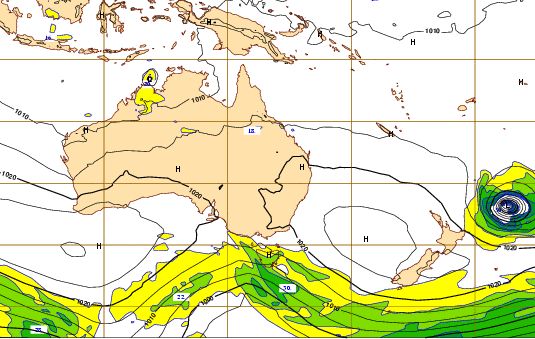 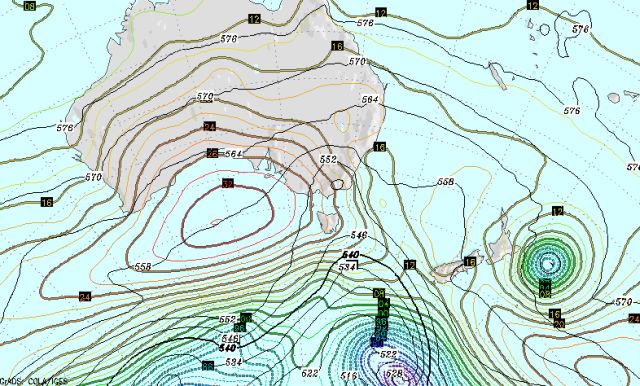 From looking at the active satellite loops, she ain’t going anyway fast.

The lastest from the Pacific Cyclone Warning Centre shows it weakening and drifting further to the south east, well away from the NZ coast.