Current conditions, front moving in for the South Island 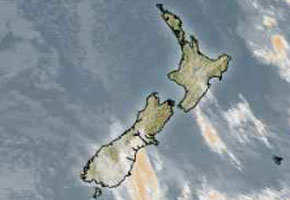 After the deluge this morning in Wellington we’ve had showers over much of the North Island apart from most far eastern areas, the showers are petering out this afternoon being replaced by longer sunny spells. Winds are a bit breezy in the west however but will ease tonight.

In the South Island morning rain cleared Nelson and Marlborough (it was the same system of rain that caused the issues in Wellington) then sunny weather developed. A front is working it’s way north which hit Southland mid morning and is now moving through Otago and about to get into South Canterbury.

There have been a few lightning strikes detected from this front which is moving north so storms may come to fruition in Canterbury mid to late afternoon as it passes through, Christchurch could miss out however with the storms more likely at this stage to track inland but it would always be worth keeping an eye out. That’s not to say Christchurch may not see some heavy showers move through with the southwest change.

The warmest temperature at present goes to the east coast of the North Island in Napier which is on 21.1 degrees, Hastings not far behind on 20.4. The windiest town is New Plymouth with 46 km/h winds from the west, Auckland is quite windy too with westerlies at 35 km/h gusting to 46 km/h.