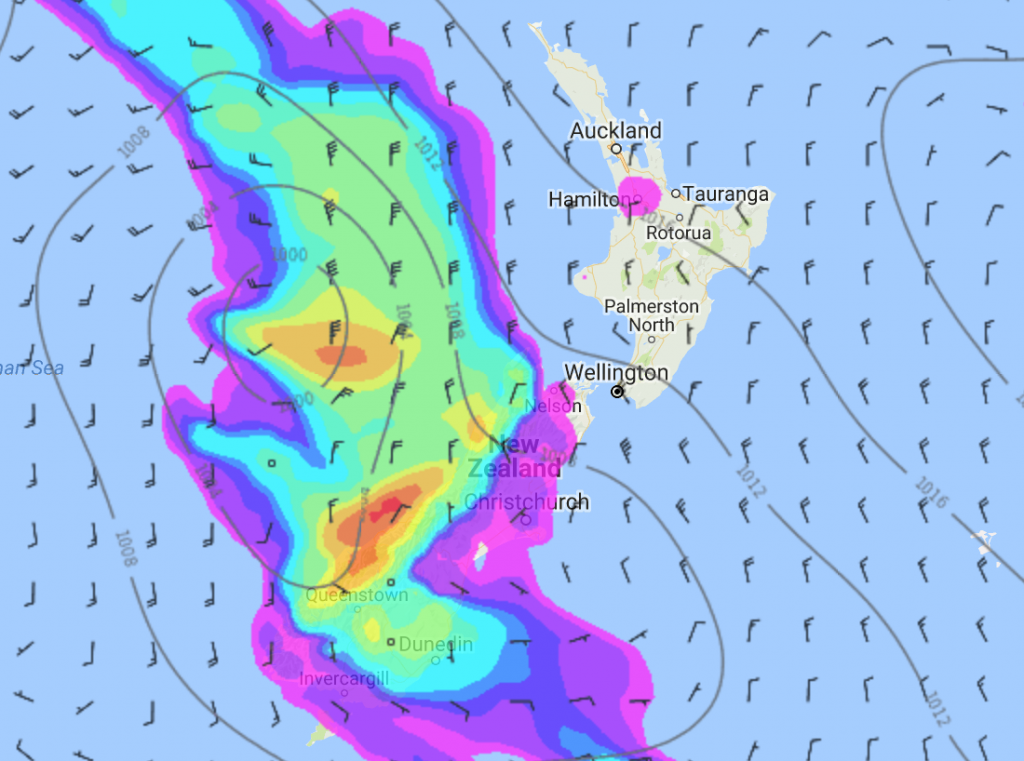 It’s a fairly cloudy day for most of New Zealand due to a low pressure system in the Tasman Sea. The east coast of the North Island and parts of the Bay Of Plenty are seeing sun though and as a result some pretty warm temperatures.

Rain at this stage is mostly restricted to the West Coast of the South Island with some spill over at times in the east, especially for parts of Southland / Otago.

The main centres currently as at midday:

Auckland – Plenty of high cloud with north to northeasterly winds at 25 km/h. 22 degrees.

Tauranga – High cloud but some sun about, NNE winds around 20 km/h. Sitting on 21 degrees.

Wellington – Plenty of high cloud, northerlies at 20 km/h. Sitting on 18 degrees in the CBD.

Christchurch – Cloudy with a few spots of rain about, a southwest winds of 15 km/h. Sitting on 16 degrees.

Dunedin – Cloudy with some rain, easterlies around 5 to 10 km/h. Temperatures currently sitting at 13 degrees.

The east coast of the North Island is heating up as predicted, Hastings has the high for New Zealand at the moment on 28 degrees.