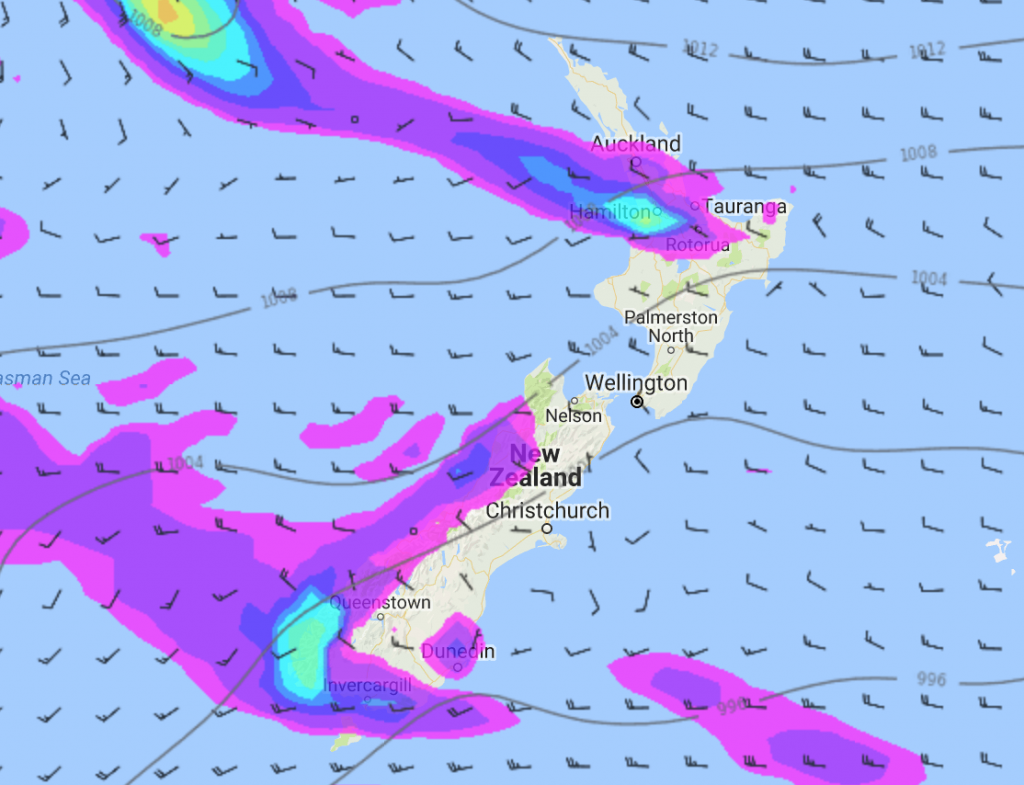 Currently we have a weakening front over the upper North Island while another front is nipping at the heels of the lower South Island.

The South Island has cloudy skies in the west and about Southland / Otago with a few showers, the coldest temperature around New Zealand coming from Gore on 8 degrees. Canterbury, Marlborough and Nelson have mainly sunny conditions with Marlborough the warmest spot in New Zealand at the moment with a temperature of 22 degrees and northwesterly breezes.