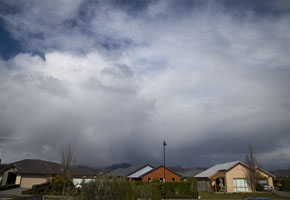 Well it’s certainly a chilly day across the South Island, although the top half of the North Island is just getting above the mid teens. We have had snow to sea level in Southland and to 200m in much of Otago, Canterbury has been fairly dry to start this morning and for the most part this has been expected. The showers are a little slow in making their way into the district this afternoon however they are starting to close in on places like Banks Peninsula and in Mid Canterbury. Sleety showers should develop in Christchurch this evening and there is even the chance of some snow to sea level overnight about the city.

Some low level snow may make in onto the hill and ranges about Wellington tonight getting to 200m with 1 to 3cm possible. A few sleety showers are possible overnight in the capital also.

There was a risk of thunderstorms along the wind change that moved through Canterbury today, there just wasn’t enough oomph to the change in Mid and parts of North Canterbury however north of about the Amuri Plains those showers have taken off and are now moving through Kaikoura. No thundery activity yet however it has the potential to go electrically active.

Periods of isolated heavy showers have been moving across the North Island about and south of Auckland, a few of those showers have some hail and there is even the odd lightning strike about Western Waikato and in Hawkes Bay.

The coldest place about the country is Queenstown on – 0.1 degrees, the warmest is Whangarei on 16.7 degrees. Taupo the windiest with westerlies at 54 km/h gusting to 75 km/h at times. Auckland has pretty windy weather also with southwesterlies sitting around 48 km/h. 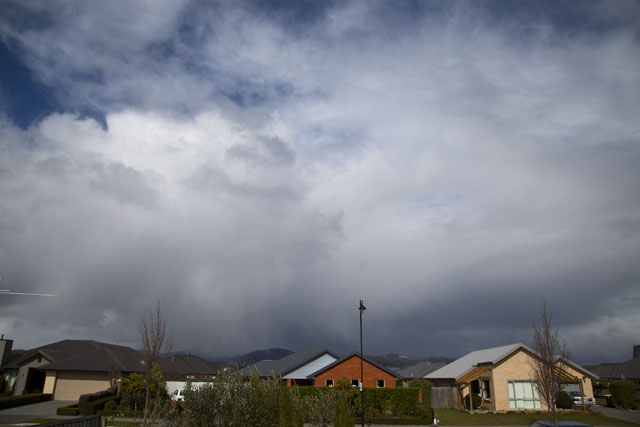 That’s a resonable size, only got small 3 to 4mm stones here in Halswell / Wigram.

Hopefully it’s not too many holes!

A typical spring day in auckland,plenty of cloud,sunny at times and winds increasing since about 1 oclock,all covered in needle on a wet ground.We always lulled by mild August’s then spring arrives…

lol, love it. This tree must be stripped of pine needles by now? 😀