Crunchy start in the far south 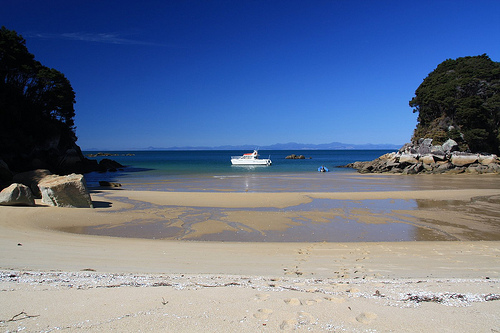 It’s a very chilly start over much of the southern half of the South Island this morning with Dunedin Airport on minus 3 degrees, Lumsden on -2 and Queenstown also a smidgen below zero.

Christchurch, Invercargill and Gore are seeing temperatures just above freezing point but only light ground frosts were recorded in some cases due to either cloudy spells or light breezes.

Nelson and Kaikoura shared the mildest night in the south with temperatures barely dropping below 8 degrees.

For a change from the last 2-3 weeks, a mostly dry day is likely for the country with quite a bit of sunshine and just some cloudy patches.Gisborne could see a further shower or 2 this morning and the only real hint of any rain seems to be in the far south west corner tonight as high cloud thickens and a few falls are possible.

Temperatures today up and down the nation should slowly climb after the remnants of the cool sou’ west pool of air slowly dissipates from the last day or two.
Warmest places seem to be in the north of the North Island and in many inland areas of both islands.

Tomorrow we’re likely to see that cloud in the south west of the Mainland spreading further north up the West Coast of the South island and spilling into Southland and parts of Otago as a southerly arrives but is expected to largely run out of puff as it heads north late tomorrow and into Friday.

For ski buffs in the South Island looking to tackle the slopes this coming weekend, the weather is looking unsettled with gale force northwesterlies likely on Saturday bringing some rain and then a colder southerly late in the day and into early Sunday could see some snow showers fall to lower levels but hopefully the winds easing back quite quickly.

Hi do you think there will be alot of rain tomorrow in the rangiora , hanmer springs area tomorrow as its a lovely day today and rain would really ruin my plans as we are shifting

Hi guys, What’s happened to the regular weather video forecasts? Used to be the highlioght of the week. 🙂