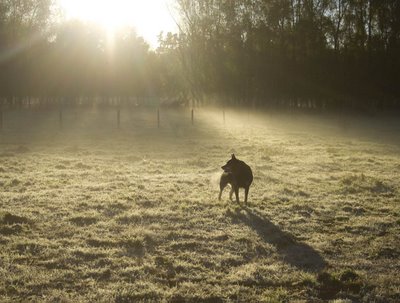 Earlier today temperatures over many parts of New Zealand were well down, especially when we compare it to this time last week.

Frosts appeared in some areas across the south but further north cool south to southwest winds have had an edge and even if the thermometer might be in double digits, put in the windchill and perhaps it gives a truer reflection.

Minus 4 degrees was recorded in Te Anau earlier today and Queenstown was icy as well with minus two degrees.

“We generally now know we are  here in late Autumn, not just because of the changeable overhead conditions and wind but the temperatures associated with it” says weather analyst Richard Green.”Tonight frosts will be more prevalent which will give us a nudge that winter is not far away at all”.

First though we have to deal with some of the showers across the east of the North island before the whole country can endure a crisp night.

Once it clears there, there’s still a chance that other areas will see some showers move in either over the top or bottom by Thursday.

WeatherWatch now sees anticyclones not packing the punch they once did and we only have to turn back the clcock just over three weeks ago when more than half the country was in drought territory.

Lows and fronts are becoming regular visitors and there’s more than a sniff of a chance that this will continue as we approach Winter.