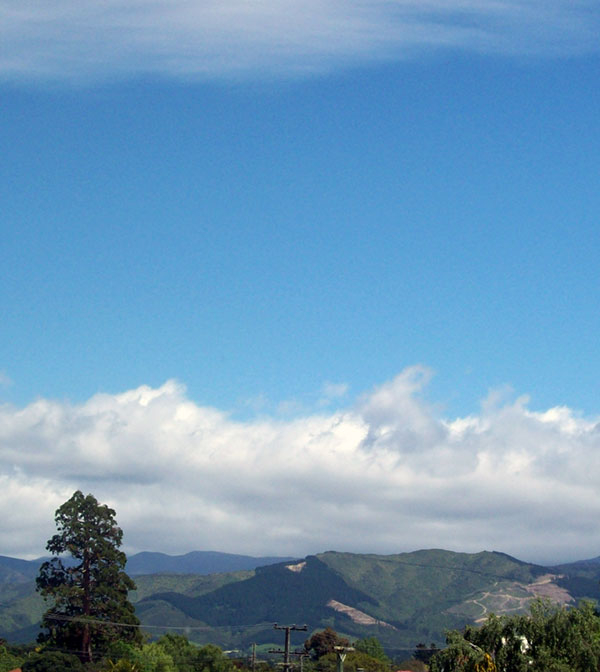 Temperatures were a couple of degrees below average for this time of year today with a high of just 24 degrees posted by the Bay of Plenty and not many centres managed to stay in the low 20s as a cool sou’ west flow covered the country.

WeatherWatch.co.nz Facebook readers posted about the variable conditions up and down the country but in Christchurch Karen said “been swimming in chch…few clouds every now and then” but Aucklanders haven’t been quite so blessed.Andrew posted “The sun is still there up behind the clouds, trying very hard to show its face. Clearing towards the west, some blue patches but nothing to get excited about”.

Elsewhere it’s also been changeable with Suzie from Invercargill putting it bluntly ” ‎2 weddings to go to and its been pissing down in Invers :-)”. Helen from South Wairarapa though seemed pleased with the last Saturday of the summer “Sunshine and blue skies with the occasional nasty black cloud drifting thru. Light NE breeze and 21 deg. Very pleasant picking nectarines, pears and strawberries”.

Tomorrow morning will start off cool again for most of us and the breezes will still have a bit of a nip in them as the taste of early Autumn is likely to remain.

Photo by Minty Hunter of the Tararua ranges