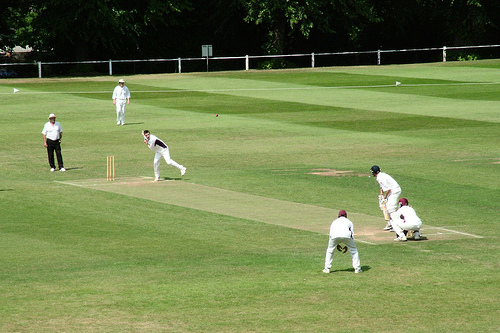 In a remarkable turn around of events yesterday the Black Caps appear to have the upper hand against Australia in the second cricket test however overhead conditions may not be so promising initally today in Hobart, Tasmania.

The 2nd test got underway on Friday against the old foe and New Zealand displayed a similar effort to their previous test and were bundled out for 150 and even though the visitors snared an early wicket on thh first day, Australia were in control when the heavens opened and play was cut short.

Yesterday the weather came to the party and a full days play was staged with New Zealand putting in a strong bowling and fielding performance which resulted in bundling out Australia for 136.
The Kiwis continued their fight back late in the day and at stumps were 139/3 with the Captain Ross Taylor and Kane Williamson sharing an unbroken stand of 60 odd.
The overall lead is now in excess of 150 with 7 second innings wickets remaining.

Skies are forecast to brighten this morning in Hobart after some overnight rain and then mostly dry conditions throughout the remainder of the day and the temperature nearing 20 degrees by mid afternoon.There’s still a chance of isolated thunder showers possibly interrupting the last session today.

For the remainder of the test the conditions look relatively dry but still the chance of a shower or two tomorrow and also on Tuesday but that may be irrelevant as the test may struggle to move into the fifth day.