Counting down to the big game: ABs vs Ireland 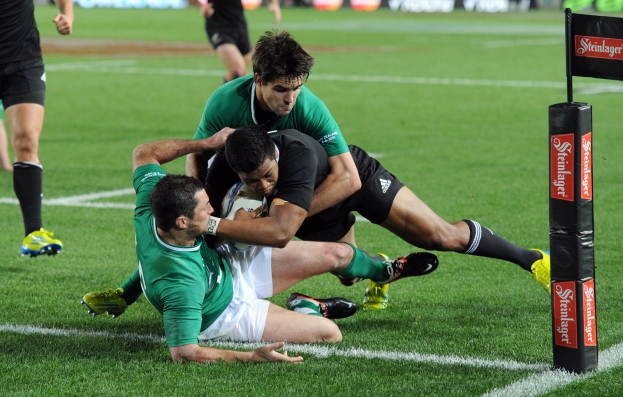 The clock is counting down to towards the second test tonight between the All Blacks and Ireland at the new AMI stadium in Christchurch.
It’s the first test match for the quake hit city in nearly two years and last year the Garden city missed out on any world cup matches.

Last weekend the Irish contested for a good twenty minutes but the power and precision of the All Blacks was overawed the visitors in the end and that scoreline reflected that.The odd shower did surround Eden Park in Auckland at one stage but conditions were slightly better than expected just prior to the match kicking off.

Christchurch has had another wintry and soggy week at times and apart from one pleasant day temperatures and the windchill factor have been cold to very cold.

NewstalkZB’s sports commentator for the test tonight Brian Ashby said the ground has held up well and despite last night and the period of heavy showers it should have soaked up most of the moisture.

This morning has seen increasing dry spells in amongst a few showers in places and although there’s a risk of some showers hanging in there this afternoon, the match should hopefully only be affected by a couple of showers, if any at all this evening.

Temperatures will be cold and if skies gradually clear tonight it’s likely to be about three or four degrees at kickoff time and might drop a degree or two before the match is wrapped up.

The good news is that just 48 hours ago it was looking very bleak overhead which might have suited the visitors a little more however it could still be a little greasy but not to the extent that it would have been.

The temporary stadium has seen an extra 3,500 seats installed for the event and it’s been a sellout for some weeks with capacity at 21,500.

Last week we were close with our full time score prediction and our 39-13 to the ABs was close but it was 42-10 in the end however tonight we’re going for the biggie and for the All Blacks to crack 50!

Been listening to Horslips today. This may… or could do give the Irish a bit of a …