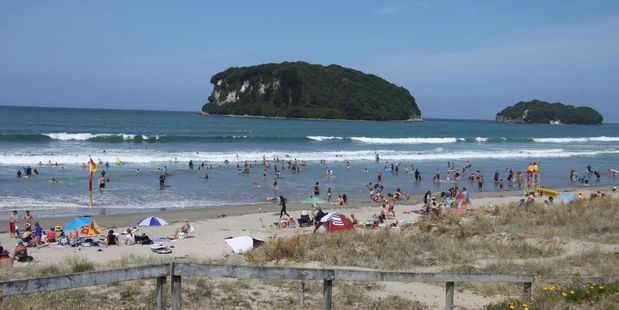 Rotorua and Queenstown may be tourism hotspots, but Coromandel is where New Zealanders love to holiday, a Herald-DigiPoll survey has found.

As the weather warms up for the summer holiday season, the survey reveals the favourite local destinations and beaches for holidaymakers.

Coromandel, with its beaches, pohutukawa-studded coast and rainforests, is a getaway for countless Kiwis and only a couple of hours’ drive from Auckland.

More than 27 per cent of those surveyed voted for Coromandel beaches.

Mt Maunganui was second with 15.1 per cent and Kaiteriteri in the Tasman region third on 11 per cent.

Lyall Bay in Wellington is a popular surf beach and has also been the site of surf lifesaving championships, but is selected by respondents as their least favourite with only 1.6 per cent of the vote.

Auckland’s Mission Bay and Piha beaches rated sixth and seventh, on 5 per cent and 4.8 per cent.

Coromandel Peninsula was also the favourite holiday destination, winning nearly one in four votes, ahead of Bay of Islands on 17.5 per cent and Queenstown on 17.1 per cent.

Sulphur city Rotorua rated last of the eight destinations named in the survey, on 4.1 per cent. 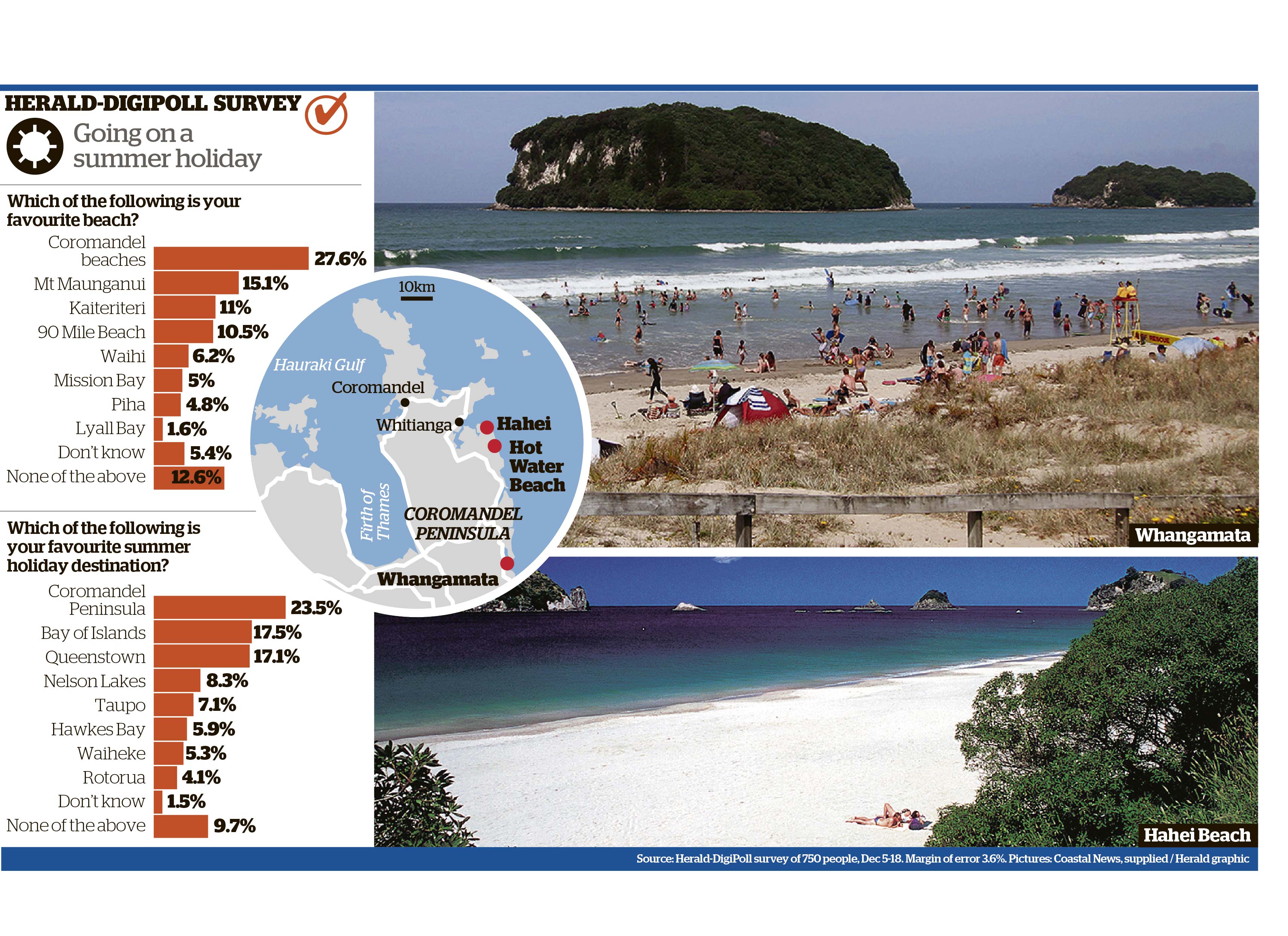 After working long hours all year, Daniel Lee, 44, owner of Sushi House & Donburi in Takapuna, enjoys nothing more than camping and fishing with his wife, Christina, and son Chris, 12, over the summer break – and Coromandel is his destination of choice.

“Coromandel is like a fisherman’s heaven, and there’s lots of good-sized snapper there,” said Mr Lee.

“It’s relaxing, beautiful and lots of different and safe beaches for swimming if you don’t want to fish.”

Mr Lee said Hot Water Beach on Mercury Bay on the east coast of the peninsula was also another family favourite as a holiday spot.

A Lonely Planet travel guide says Coromandel has “some of the North Island’s best white-sand beaches”.

“When Auckland shuts up shop for Christmas/New Year, this is where it heads,” it says.

“Although relatively close to the metropolis, the Coromandel offers easy access to splendid isolation.”

The travel guide says the coast has long been a refuge for alternative lifestylers, and has walking tracks that enable trampers to explore “large tracts of untamed bush where kauri trees once towered and are starting to do so again”.

The Thames-Coromandel district has a population of 27,500 but the number swells to over 100,000 during the peak summer holiday season.

Holiday hotspots such as Whangamata and Waihi Beach are inundated during the summer months and are also popular with Auckland bach owners.

The telephone survey of 750 people was conducted between December 5 and 18.

‘Rotorua and Queenstown may be tourism hotspots, but Coromandel is where AUCKLANDERS love to holiday, a Herald-DigiPoll survey has found.’

Please don’t assume that what Auckland does is what New Zealand does.  A survey wans’t need to inform us that Aucklanders and the Auckland based national media have a love affair with the Coromadel.  It’s a nice spot when it doesn’t rain, but is only so popular because of its proximity to Auckland.  Imagine if Aucklanders had a place like Lake Wanaka 2 hours drive away!  As a ‘New Zealadner’, I’d choose many places ahead of the Coromadel to holiday at if I was going to the North Island.