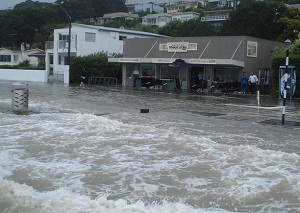 When Tropical Storm Washi ripped through the southern Philippine city of Cagayan de Oro last weekend, it dumped in one day more than the city’s entire average rainfall for the month of December.

According to the Philippine Atmospheric, Geophysical and Astronomical Services Administration, a total of 181 millimeters of rainfall was recorded in the area last Friday, compared to the expected 99.9 millimeters for the whole month.