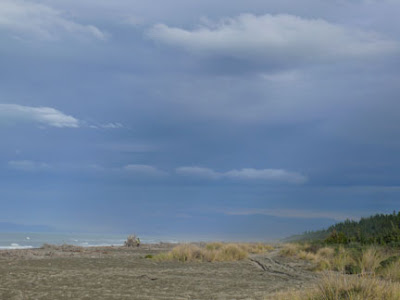 Conditions tonight across much of the South Island are expected to be cool to very cool yet again and temperatures perhaps could be more like early April than mid February.

Skies brightened or cleared in many eastern areas this afternoon but that could allow any daytime heating to escape up ino the atmosphere however there’d still a good chance the cloud will return and thicken and could contain some misty drizzle.

Temperatures look set bottom out in single figures over the lower two thirds of the Mainland with winds also expected to be almost non existent in inland areas.

This morning Christchurch shivered under cloudy skies and a southerly breeze with a mid morning temperature of just 12 degrees.

February has been cool in eastern districts so far and the 5-7 days appears only at best average but generally cloud, a few drizzly areas and a few sunny breaks are also possible.
The biggest downside looks to be the temperatures which have been about 3-5 degrees below par occasionally from Kaikoura to Dunedin.The Garden City has still yet to top 30 degrees this summer and it’s very few summers when that occurs.

There is a hint that the last 10 days of the month could be a little warmer and early March potentially could be more settled with anticyclones containing more sunshine rather than cloud across the eastern districts south.

thanks weatherwatch enjoy your reports in nz and beyond i check most sites for surf and you do pretty good. i just want one dirty cyclone to sit of the east coast of both islands to hang around and cause good ground swell i think next couple of mounths will happen i hope old surfers alwaystalk of cyclone bola MAYBE AGAIN SOON IN NEXT FEW YEARS PLEASE.