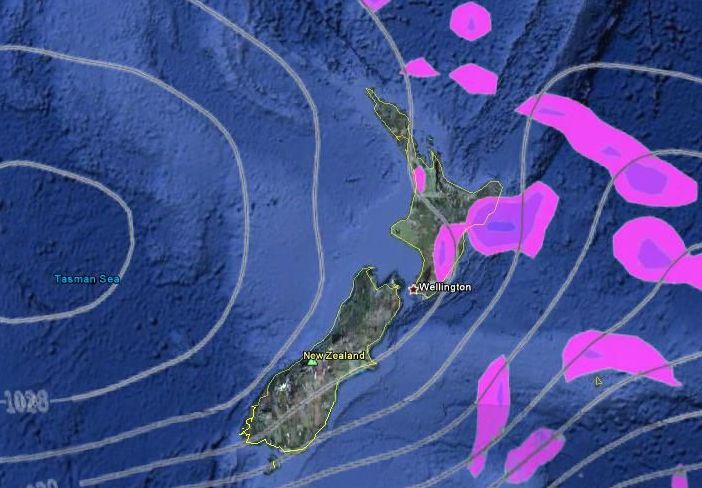 The worst of the winds, squalls, thunderstorms and rain is now starting to ease as the energy centre of this weeks stormy weather moves well away to the south east.

A final surge of colder air and heavy showers is continuing to push across the North Island this morning while, overall, the South Island will see conditions improving.

Clear skies are spreading northwards up the West Coast although it’s possible another surge of lighter showers and clouds could return.

Winds are shifting more southerly today for the North Island which will mean lower temperatures by a few degrees compared to yesterday.

Strong winds have eased considerably in a number of areas however gale force southerlies gusting over 100km/h have just been recorded on the Manukau Heads according to NewstalkZB.

Gusty winds will ease today across the North Island and ease further over the South Island tomorrow as a high pushes in from the Tasman Sea.

The high may not bring perfectly settled weather though, with the anticyclone trapping plenty of cloud and a few light showers under it.

Next week WeatherWatch.co.nz forecasters say the winds will shift to northerlies again with another Tasman Sea low moving in – looking likely to bring another burst of heavy rain and possible thunderstorms mid-way through next week.