ComCom ends investigation after MetService makes changes for good – but what about Niwa? 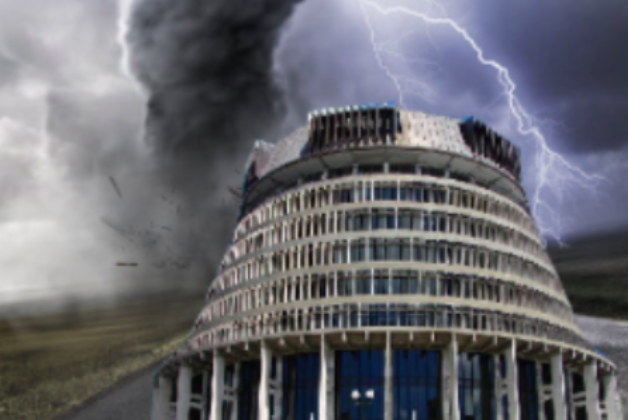 After two years of an official investigation the Commerce Commission this week says due to “developments around commercial access” made by MetService they are bringing their formal investigation to a close.

When the investigation first kicked off in September 2019 the Commerce Commission (ComCom) said there were a number of possible outcomes – from a legal case at one end, to helping bring parties come together at the other end. Across 2021 MetService and WeatherWatch have met on several occasions, initially in Wellington at the MetService head office in March, then in Auckland, and video chats since Covid lockdowns kicked in.

Following very positive and honest conversations with MetService, WeatherWatch.co.nz has kept the ComCom up to date.

“Justice moves slowly but this year the wheels sped up” says WeatherWatch.co.nz CEO Philip Duncan. “This is a huge turning point and helps set the foundation for a more positive working relationship between the private weather sector and the dominant Government commercial weather sector”.

“It’s not every day a small business can bring change like this at a Government level and our small team is immensely proud and I’m so grateful for their support”.

Mr Duncan says he is “relieved” to have found a positive working space between WeatherWatch.co.nz and MetService. “We have regular contact with MetService now with monthly catchups, and while I think it’s fair to say both sides were a little cautious about where this might go, I think it’s safe to say the trust levels on both sides have significantly increased over the weeks and months this year. It feels very positive and very different to the past”.

“The ComCom has opened up a door that was previously locked – and we’re especially relieved to see this doesn’t have to be escalated further legally to make change.” says Duncan. “It’s great when common sense prevails!”.

WeatherWatch.co.nz would like to publicly extend our thanks to the Commerce Commission and especially to the senior management team at MetService for having the conversation, welcoming the feedback and making the necessary changes all while being so warm and welcoming. We expect to continue the dialogue over 2022 as we look for ways to better enhance what we collectively do for the NZ public and customers.

SO, WHAT ABOUT NIWA?
The disappointing aspect about the ComCom’s decision to end the investigation is letting Niwa off the hook. Niwa – which is supposed to be a Crown Research Institute (CRI) has fast become a Crown Revenue Institute in the past decade. Niwa now aggressively competes head on with MetService (Govt Agency vs Govt Agency) and it appears Niwa is now trying to cannibalise Government profits for their own growth and power.

The Bizarre History of Niwa’s shift from Science to being an aggressive commercial Money Maker:

Our Company, Lert Info used to refer to NIWA information but don’t find them as good as Metservice ( who I worked for years ago) and Weatherwatch. As a provider of crucial time sensitive alerts, Weatherwatch is readily accessible as is Metservice. Their respective forecasts for Canterbury and Westport floods were exemplary. Great they are working together for the public good .

To be fair, NIWA’s daily forecasts aren’t that good for some areas, ie, it will say cloudy when in fact, its mainly sunny and as for the expected high, tends to get that wrong too! I wonder how much it cost them for TWO American forcasters…