Column: Are we going from the big dry to the big wet? 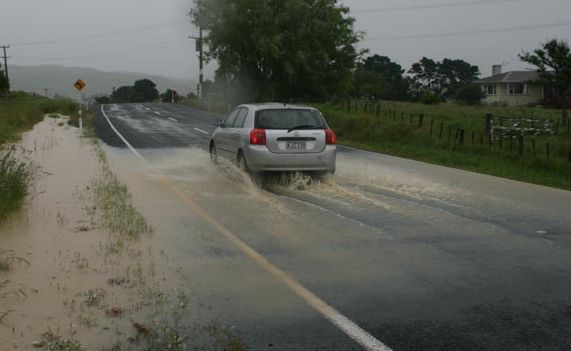 The big drought of 2013 was odd – we knew this summer was going to be hotter than the last one and by January we could see droughts were forming – so declared “the big dry” was here to stay until at least the end of March.

The drought was odd because it actually formed thanks to the chaos factor – and when you think of chaotic weather you think of changeable conditions.  However chaotic can simply mean “anything can – and most likely will – be thrown at you”.  We’ve had this chaotic weather pattern for a couple of years now.  It’s why we had snow falling in Auckland in August 2011 but then droughts starting in late 2012.  It’s why we’ve had tornados, thunderstorms, flash flooding and cyclones too.

During the droughts we saw rain falling everywhere around us – Aussie, the tropics, the Southern Ocean – but a stream of highs got ‘stuck in a rut’ and started flowing up over New Zealand continuously.

This pattern started to fall apart in March and by May it has almost gone.

Thing is – it’s a chaotic pattern that is much harder to predict than say El Nino or La Nina.

With El Nino we often have highs in the Tasman that bring a lot of westerlies to NZ – causing droughts and huge heat in the east, while the west is cloudier and cooler.

With La Nina we often have more lows from the tropics, more easterlies, more cloud, more humidity and more cyclones.

Both, in my view, are easier to forecast in.

With a neutral period – like we’ve had for the past couple of years – the chaos factor rules.  It means we can get stuck in ruts of weather for months at a time – or we can have a variety of weather.

As we slip out of this big dry pattern I see more evidence that these rainmakers (that started back in mid-March) are now on track to hit us more often.

I hope the highs still push through – but weather forecasters must be honest about what they can accurately predict.  In my view we can’t predict accurately beyond a month – not specifically anyway.

So be careful what you wish for – Mother Nature has an odd way of balancing the books by the end of the year.  We don’t want to see the previous half year of rain, that failed to fall for many regions, all falling in the next few months.  Because until we climb out of this neutral, chaotic, weather pattern we’re in, we’re all a bit more in the dark about what may lie ahead this winter.

What are you thoughts regarding snow for Canterbury this winter.

There’s potential for a mildish start with a northerly flow however on the flip side of that, as  the season kicks in, it’s looking more unsettled with snowy southerlies a possibility on a couple of occasions.

Too much now though its a bright sunny day today but again its only just over a month till winter.