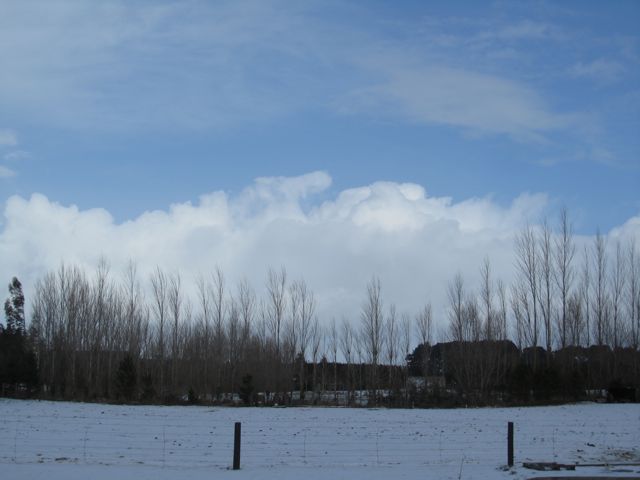 Southerlies have whipped up across the lower half of the South Island overnight and this morning and temperatures have certainly taken on more of a wintry look as have the skies above.

It hasn’t come as a surprise as this southern storm to the south of the country has been moving its way closer over the last few days and the cold associated with it has reminded us that winter is just around the corner.

“Daytime highs today might struggle to get up into double figures for parts of Otago,Southland and even on the Coast perhaps” says weather analyst Richard Green. “I think the cold is more noticeable for this chilly change as the weather lately has been so pleasant and settled over many areas” he said.

WeatherWatch.co.nz believes the cold, wintry weather will head north over the rest of the South Island later today and then the North island should feel the impact tomorrow but moreso over the central and southern half.

Even though it’s been drying out for parts of the country lately, the snow at higher elevations isn’t exactly what’s needed but rain or showers in other low-lying rural areas will certainly be welcome.

Skifields over both islands should see a reasonable dump and some has already taken place over a few southern fields.
Even though this cold outbreak could hang around for the next 36-48 hours skiers will still need to wait as this amount is likely to thin out and maybe disappear over the following week but the good news for skibuffs is that the winter months are fast approaching.

Following this cold spell frosts are likely to become more prevalent for two thirds of the country but hopefully it’s followed up by some decent sunshine.