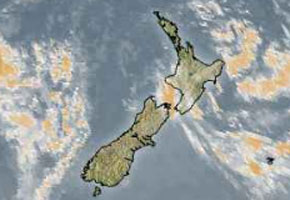 The coldest temperatures last night were in Central Otago just touching 0 degrees in Alexandra, tonight it’ll get cool again with light frosts likely however no heavy frosts are expected. It hasn’t been very frosty at all really so far this August around much of the country, these continuous lows with plenty of cloud, breeze and moisture in the air means it can’t get to cold.

I don’t think it means we are now on the way to all nights being warmer as we slowly creep out of winter, there will likely be a few cold nights to come as the pattern changes a little. So instead of these lows driving easterly quarter winds into the country they will do the more normal track of coming up the east coast of the country or moving in from the southwest to the south of the South Island directing west to southwestesterly airflows over New Zealand, then as the airflow dies anticyclones move onto the lower South Island bringing clear skies and frosts. When the pattern will change we’ll have to wait and see.

Often I find our weather can get stuck in a rut for a certain amount of time then it can change to another pattern.

The showery weather is getting flushed out of the North Island today and skies are settled over the south however there is still a fair amount of cloud on the east coast and in northern areas of the island. Tomorrow we get a brief spell of settled weather before another low enters the Tasman on Saturday.

A few rainfall stat’s in the 24 hours till 1pm today, 65.6mm of rain fell in Hanmer, and 82.4mm fell at Balmoral in North Canterbury. The warmest place in the country right now is Westport with 16 degrees. 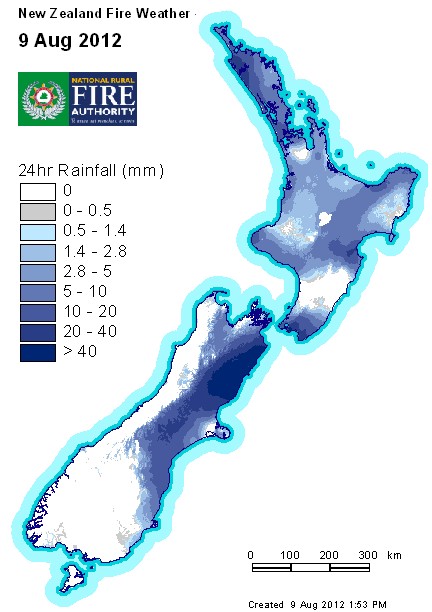