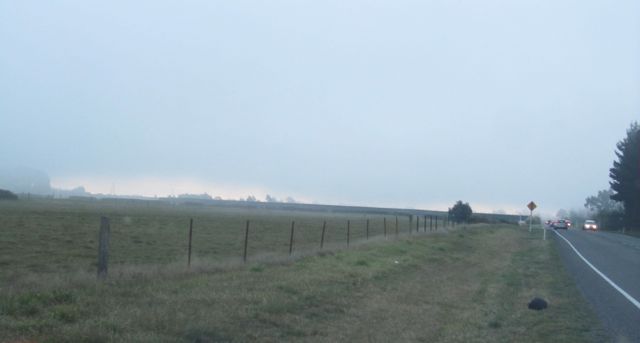 A very cold southerly delivering showers of rain, sleet and snow is winging its way towards the southern part of the South Island and its arrival is looking as early as this afternoon.
The fridge door will certainly feel like it’s being opened as an icy blast with freezing southerly winds heads towards the Mainland and the brunt of the chilly air should be tonight and tomorrow.

A period of rain should arrive as the wind amps up and although the rainy spell isn’t expected to be overly long, the cold and the wind are two of the main features.

Snow is expected to fall inland at middle and higher elevations over Otago and Southland tonight but may fall as sleet at lower levels.
Ski fields are expected to benefit from this system and although it may not develop excessively heavy falls, any dusting of snow is appreciated and colder temperatures should allow snow making facilities to get into gear.

WeatherWatch Analyst Richard Green believes it to be cold but unsure of exact amounts of rain and snow. “Computer models are showing the cold but the amount of precipitation seems to be varying quite a bit however whatever way you look at it, it ‘s going to be a chilly week over most of the country” Mr Green says.

Weatherwatch.co.nz thinks that frosts will move into the south once the southerly fades this week and temperatures are likely to plunge well below zero during the night.

Geez, you gotta talk to those wombles at NZ Herald. You’ve correctly called this next southerly ‘cold’ or ‘very cold’ – that’s about right for a change that brings a bit of sleet to lower levels in the south. Whereas the Herald has changed your text and is harping on about ‘Bitter’ and a ‘polar blast’. And there ain’t no snow to sea level on this one!

BTW, is announcing that after a cold southerly clears there will be temperatures below zero and frosts in late June in the South actually forecasting?