Cold night tonight, frosts for some, warms up a little tomorrow night though (+3 Maps) 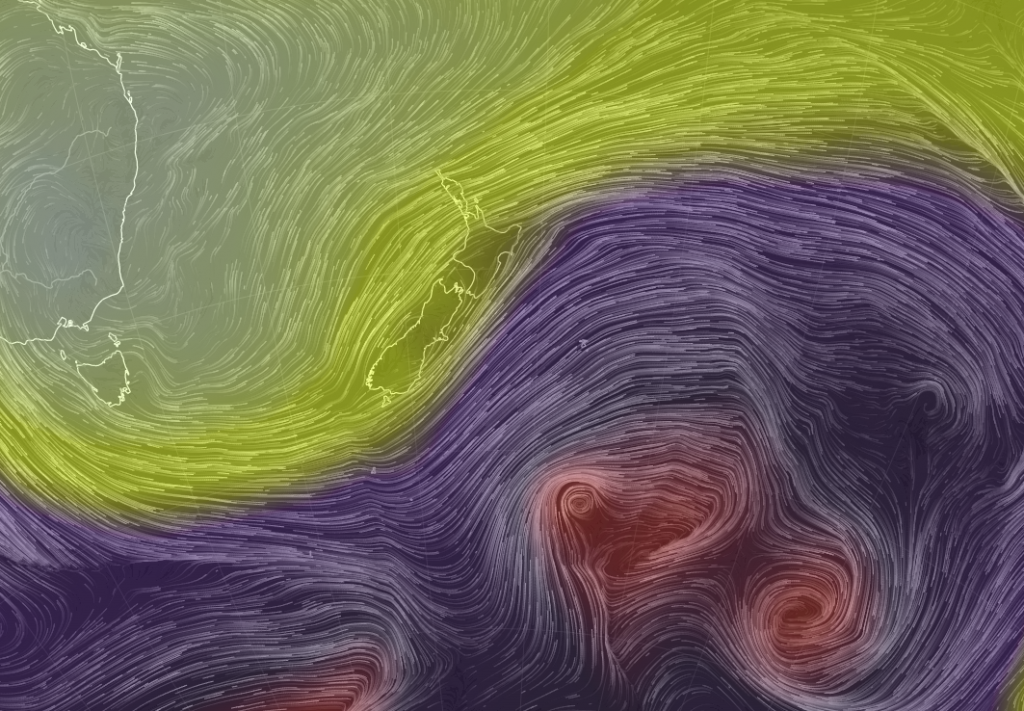 An enormous area of low pressure which began last Friday in the Tasman Sea is only today starting to slip off our shores, with a cold night tonight to boot.

The south west flow today will drop temperatures and tonight, as those winds finally ease, many regions will go below average.

We’re also likely to see frosts developing, in particular through inland parts of Canterbury, Central Otago and Northern Southland. We may see a few more frosts in the week ahead too – but it’s a bit patchy due to some milder nights in the mix too. The North Island may still be too warm for frosts but some parts of Waikato may get a light frost tonight and a few other sheltered areas well inland.

But by Thursday a warmer airflow already starts to move in…and it helps push this colder air further east off NZ. By Thursday night many places will be milder than they will be tonight. 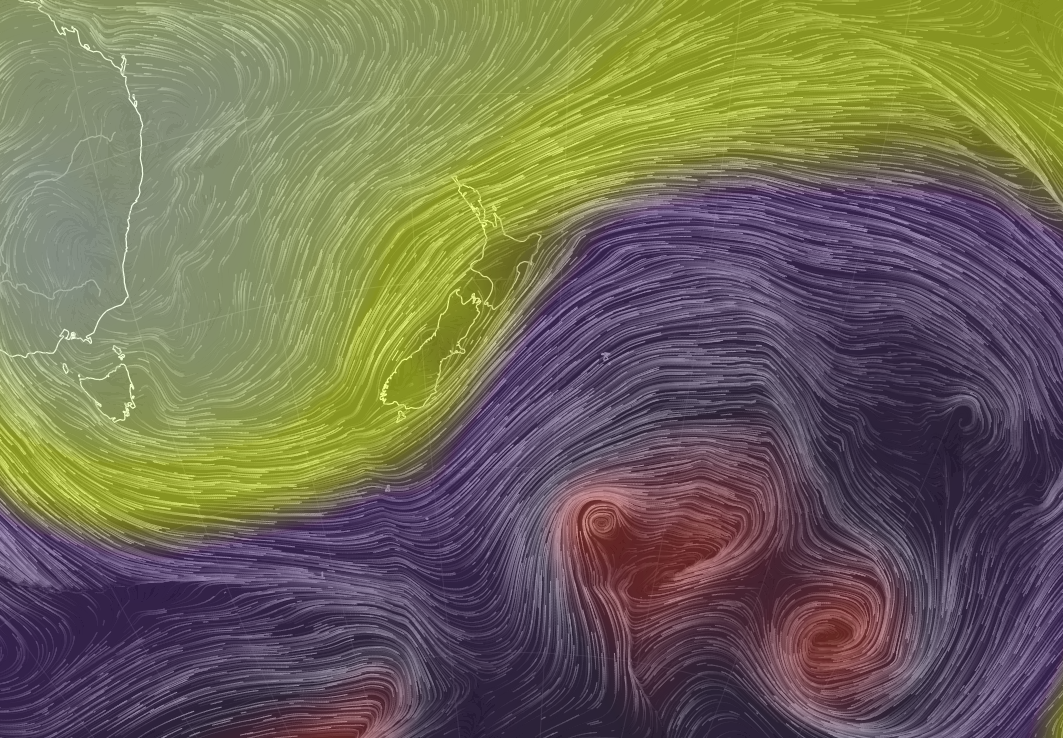 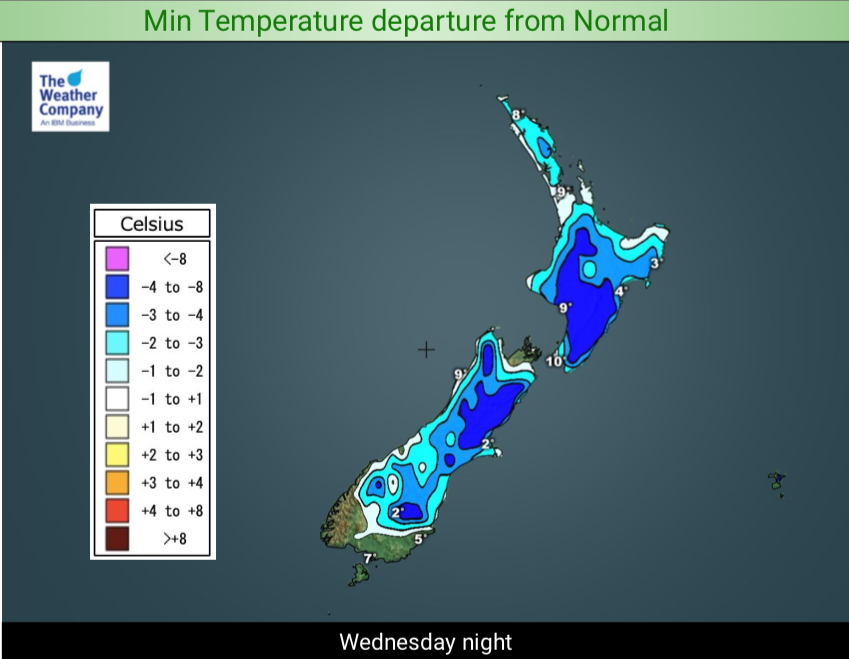 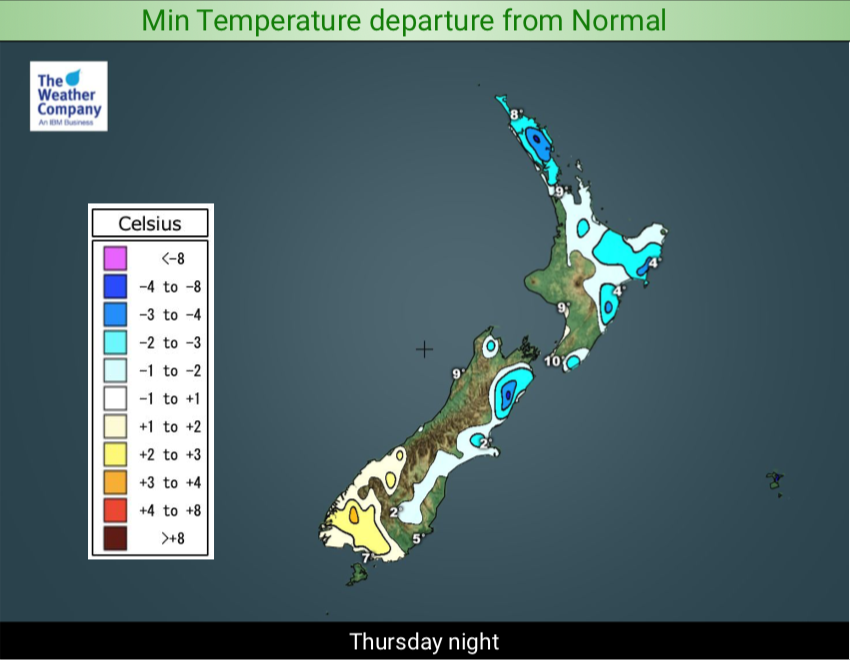