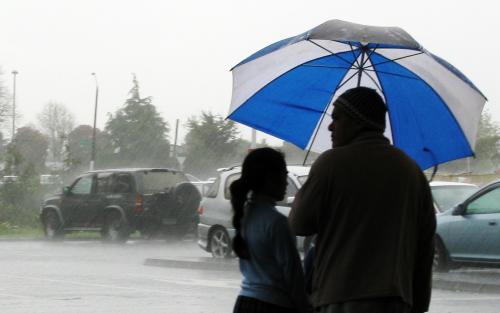 A cold front is moving up New Zealand and as of 12noon was lying over Cook Strait about to cross Wellington.

Strong winds from the westerly quarter precede the front with eastern areas from Wellington to East Cape recording gusts of 70km/h.

Around the Manukau Heads west of Auckland Airport winds gusting to 70km/h may create a bumpy landing for those on smaller planes.

Behind the front is a cooler south westerly which will last a day or two before fading out as a high moves in from the west.