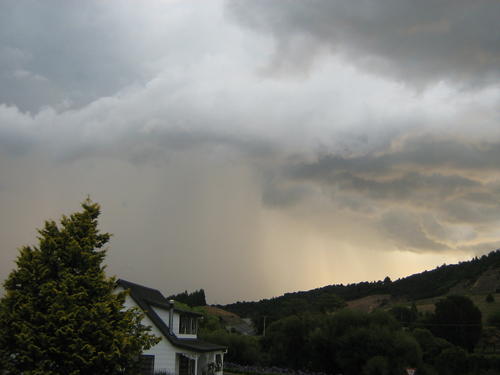 A pulse of cold air is this morning moving up the South Island hacking back temperatures considerably compared to yesterday.

WeatherWatch.co.nz says that some centres will be 10 to 15 degrees cooler today as the cold change heads north.

The southerly – which is only expected to last about 24 hours – will reach Wellington later today.  Monday in the capital will be around 5 degrees cooler.

By Monday the southerly will have moved into Hawkes Bay and Gisborne, cutting back temperatures by several degrees.

However also on Monday a new northerly wind flow will spread up the country bringing warmer weather to the South Island.

The weather warmer weather should return to the North Island on Tuesday.