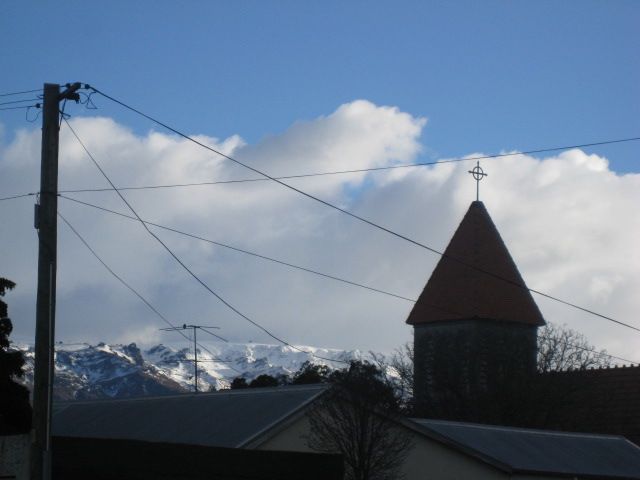 In recent days there’s been much hype about the wintry outbreak that has hit the deep south first thing this morning and it appears some of the attention should live up to expectation.

The cold is the most noticeable factor with temperatures behind the front falling quickly and the bitter southerly should push the windchill factor into the minuses.

” Not the best day to be outdoors today and the wind will make a few people feel numb to the bone” says Weather analyst Richard Green.

” Although it’s going to be extremely cold, again it’s a matter of how much snow there is in this southerly flow but it appears some falls are on the cards fora few southern and eastern levels but I’m not sure if it’ll make it all the way down to the coast now in the east ” says Richard Green.” Some of the computer models now are suggesting there’ll be some snow to sea level whereas not all are agreeing, which sometimes happens and can be frustrating” he says.

WeatherWatch predicts this wintry outbreak to head north and although snow levels will start to rise as it advances up the country, sleet and hail could be commonplace in Christchurch (with snow still possible) and Wellington plus eastern areas of the North Island. Snow in the central North Island could cause hassles for motorists.

Escaping the big chill seems to be West Coasters where temperatures should top double digits in the South Island whereas their eastern neighbours will be fortunate to see the mercury much above freezing, as the front moves through with the icy southerlies.

I hear tell that Bluff has stimulating blasts of cold weather frequently! They are tough down there 🙂

How appropriate that you should add a ‘l’ to sea and I’m betting that it sure will be seal level when it comes to low temperatures associated with this front. Regards KC.