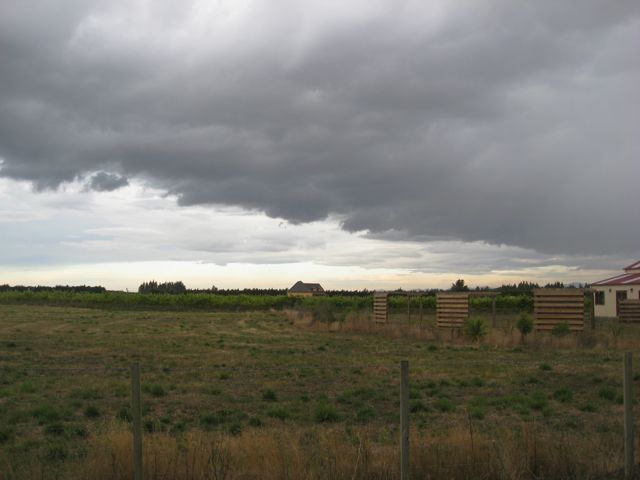 Temperatures are lowering in the deep south as a front delivers colder air and is likely to bring a combination of rain, hail and snow to some inland areas.

Overnight a nor’ wester kicked in over some eastern areas and saw Christchurch and Timaru record temperatures in the low teens but the southerly change will continue to move in this afternoon.

“It looks as if it’ll feel a bit like winter in eastern areas of the South Island, especially this afternoon in Canterbury” according to weather analyst Richard Green. The series of fronts we’ve seen lately haven’t impacted greatly on the Plains over the last week or so but this one could have more of a thump” Richard Green says.

As the sou’ west change moves over the South island today, winds of up to near gale force are likely in inshore waters over eastern parts of the Mainland with showers and some hail possible.

Ski fields should see some snowfalls today in the form of showers mostly but thunderstorms are possible especially at high altitudes.

Further north and the lightning tracker is showing considerable activity this afternoon as a front approaches the west of the North island. This disturbance is likely to have a mix of heavy showers, wind gusts and thunderstorms and that activity is likely to hit western shores.  See our homepage for more details.

The next front to hit our shores is still on track to move over New Zealand later in the week as the west to sou’ west airflow continues its holding pattern.