Clouds lurking on the horizon 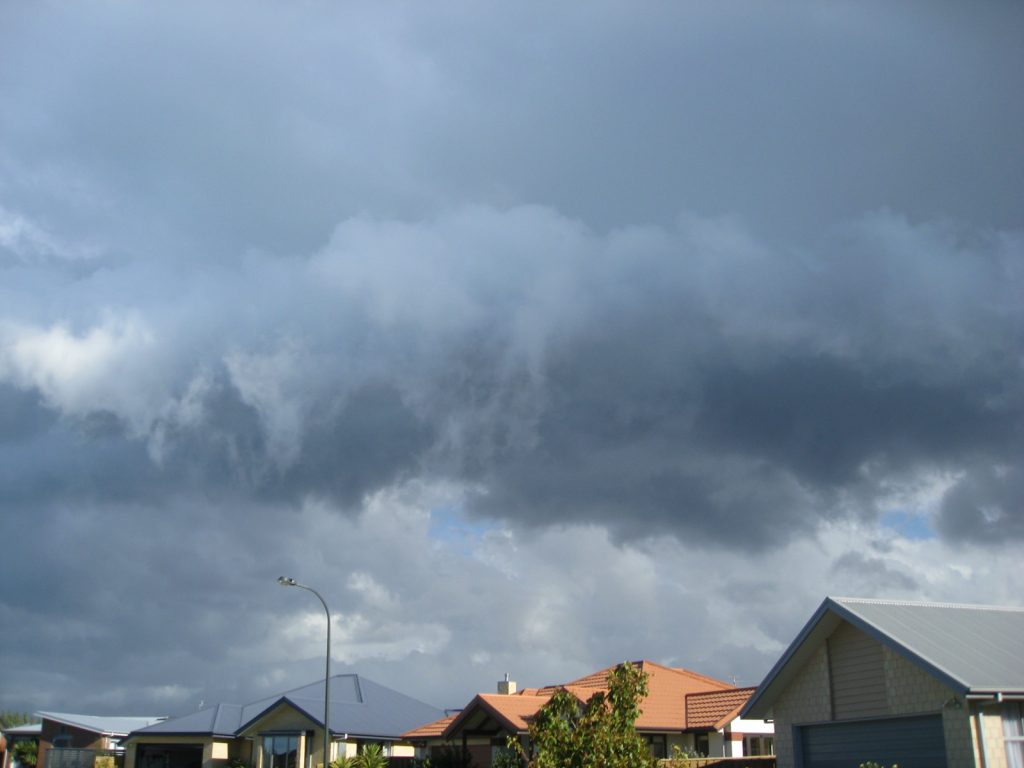 Latest data shows that as of tomorrow and through the weekend, the North Island may have quite a wintry weekend.

Rain is bearing down on the north with winds blowing in from the the northerly quarter, making conditions rather miserable.

Actual rainfall totals are difficult to estimate but Saturday sport could be one casualty, if current predictions hold true.

On the plus side, temperatures are gong to be considerably warmer with overnight lows likely to be in double figures, which is a far cry from recent nights.

Earlier in the week it appeared that Canterbury maybe in for quite a dousing with a relatively big dumping of snow but this appears to have diminished rather dramatically, as an anticyclone with a ridge of high pressure holds a grip over the mainland and the worst of the weather is likely further north.

Just wondering on your comment about Canterbury not being affected as much as thought because of the ridge of high pressure – can you get the situation where the low pressure can push itself back in and therefore Canterbury would potentially get a reasonable dump of snow early next week??

Yep, that’s definitely a possibility however none of the computer models or data seem to point towards this happening.  It’s still a number of days out but we’d rate the chances of snow in Canterbury, to low levels, as "low to very low" based on what we’re looking at right now.   If anything changes we’ll be the first to let you know!

Took a couple of cloud photo’s an hour ago, however, was unable to upload them to the site, will try again later.

No rain yet, will enjoy the sun and warmer temperatures – currently 16.4 degrees out as at 12:35 hrs, not really looking forward to the weekend though and that rain.

Thanks very much for the feedback and for the photos – we’ve received one so far and have uploaded it into the Clouds gallery.  Keep us up to date with the weather in your area this weekend as this low moves in.

Thank you, yes, will update and report any weather news worthy from the area, take care.