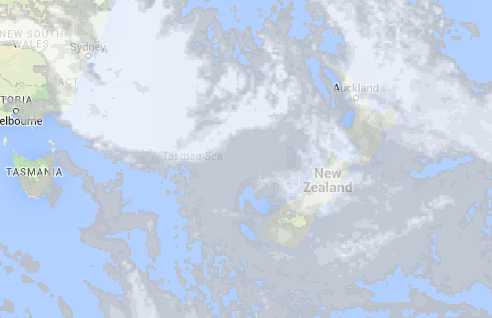 A southerly quarter airflow sits over the South Island, meaning cloud and drizzle in the east and a fine day developing for the west.

The east coast is looking at a pretty subdued start, with overcast conditions and drizzle the order of the AM, but sunny breaks will develop towards the afternoon.

For inland areas from Canterbury through to Marlborough, conditions will remain cloudy with some patchy drizzle and the odd shower until evening.

Westerlies will dominate the landscape over much of the island, with generally cloudy skies, and the odd shower in the west until early afternoon.

Wellington will see a few patchy showers or light drizzle early afternoon, but these will clear towards evening.
The East Coast is looking mostly sunny with light winds, and some cloud gradually increasing during the day.

From Northland through to the Bay of Plenty, a front is moving onto the area in the morning, bringing some persistent showers, though these will clear later in the afternoon.
Northern Northland may continue to see showers through much of the day.
The rainfall is looking quite scattered, so some regions will miss out while others could see more consistent showers.

By evening, most places in the North Island will be clear with spots of sun making their way through the cloud.