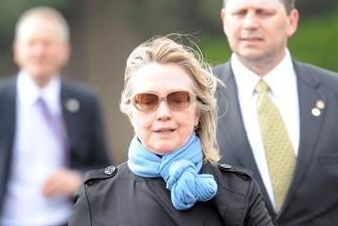 United States Secretary of State Hillary Clinton braved the cold and blustery Wellington weather in an unscheduled walk along the waterfront this morning.

Wearing a black overcoat and a blue scarf and sporting brown sun glasses, she was followed by around 10 men in suits, including members of the United States secret service and New Zealand’s diplomatic protection service as she strode through Waitangi Park about 10am.

While on her walk she said “hello” after she was greeted by New Zealand Press Association (NZPA) photographer Ross Setford. 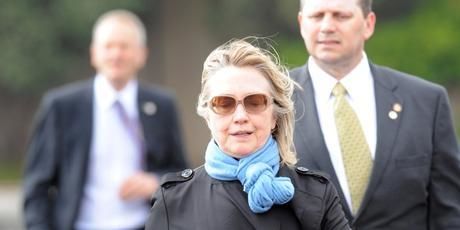 She had arrived in Wellington four hours earlier from Papua New Guinea as part of her 10-day Asia/Pacific tour.

Foreign Affairs Minister Murray, Wellington Mayor Celia Wade-Brown, New Zealand ambassador to Washington Mike Moore and American ambassador David Huebner were there to welcome her before she was quickly whisked away to her hotel.

She will meet Prime Minister John Key and other government ministers later today for top level talks before being guest of honour at a barbecue hosted by Mr Key in Wellington tonight.

She will carry out further engagements in Christchurch tomorrow.