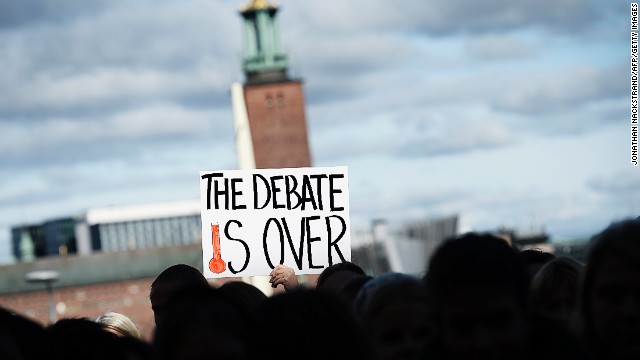 The latest annual U.N. climate change summit begins Monday in Warsaw. The talks will see some 200 nations try to make progress toward securing an important new comprehensive global treaty in advance of a 2015 deadline.

The summit, which is unlikely to bring a truly decisive breakthrough, will generate massive international attention — but the reality is that the new frontline in the battle against global warming is at the national rather than global level.

This fundamental shift in the center of gravity of the climate change debate is one that few have yet to recognize. Yet it has game-changing implications, not least for how best to secure a comprehensive global deal by 2015.

In stark contrast to the snail’s pace of progress in U.N. talks, domestic and sub-national laws and regulations to address climate change are being passed at an increasing rate. In 2012 alone, 32 of 33 surveyed countries (which account for more than 85% of global greenhouse gas emissions), including the United States and China, have introduced significant climate or energy-related legislation and regulation, according to a recent GLOBE International report

This shift is a key part of a wider transformation taking place. Previously, much of the political debate on global warming has been framed around narratives of sharing a global burden — with governments often trying to minimise their share.

Now, many legislators view the issue as one of national self-interest, and growing numbers of nations are trying to maximize the benefits of climate change measures. In recent years, countries across the world, from Mexico to the UK to South Korea, have passed comprehensive measures.

The GLOBE study shows that developing states have been especially likely in recent years to conclude it is in their national interest to reduce greenhouse gas emissions by embracing low-carbon growth and development, and to better prepare for the impact of global warming. They see that expanding domestic sources of renewable energy not only reduces emissions but also increases energy security by reducing reliance on imported fossil fuels.

Far from undermining the U.N. talks process, this bottom-up approach could be the decisive development which helps secure a new comprehensive global deal by 2015. Advancing domestic measures on climate change and experiencing the benefits of reducing emissions are crucial building blocks that may help create the political conditions to enable an agreement to be reached.

As game-changing as these national developments are, they are as yet insufficient to avoid warming of more than 2 degrees Celsius in coming decades, compared to pre-industrial levels — the amount most experts agree is needed to avoid “runaway” climate change.

Nonetheless, the national legal and policy frameworks to measure, report, verify and manage carbon that are now being created could potentially be ratcheted up, especially as governments experience the benefits of lower energy use, reduced costs, improved competitiveness, and greater energy security. As this happens, the goal must be to translate such progress into a comprehensive, global deal.

Given this uncertain outlook, and as difficult negotiations in Poland approach, a key danger is that some countries might lower their long-term ambitions and perhaps even harden their stances in dealing with others. This would be ill-timed.

Indeed, with 2015 approaching now is the time for countries to invest even more in climate diplomacy and practical fast international cooperation. In so doing, they will help expedite conditions on the ground that could make the difference between a comprehensive global treaty being reached, or not, in the next 24 months.

If the nay sayers commenting on these stories lived in an orographic area of NZ that was subject to progressively colder weather and now the big mountain waves, as well as ferocious orographic storms appearing with their bases at ground level, then you might just think again. Mountain caps at ground level – yes that too and they are appallingly cold. Try wind below zero C with 30% humidity, so damned crisp that it makes your nose bleed, and that’s inside … it is far worse outside in those conditions. Or you are 2C while 10 km’s away they are 19C. A crock of wind that freezes things on the spot appeared in winter 2012 … yes, freakin well cold. Stuff that was previously known of in the Southern Alps appearing in the North Island. Worse still in an area where the scientists have no data. We are in a part of NZ that used to have a mild and very sheltered lee climate, but that is long gone. So please stop your bullshit, as the rot has arrived in some parts of our country. Keep up the interesting stories WeatherWatch. I just hope those negative angry people can have some consideration for people in other parts of NZ.

Another one sided effort from CNN.
Yes policies are being rushed through such as our ETS but against the will of the majority.

Interesting to read the many documents of studies that show the Global Climate is in fact cooling.
We are still waiting for the apocalypse so widely promoted by some mainstream media that tow the line or lose their financial backers, or jobs, and promoted by extremists such as the Greens.

…it’s what one would expect from the Communist News Network…