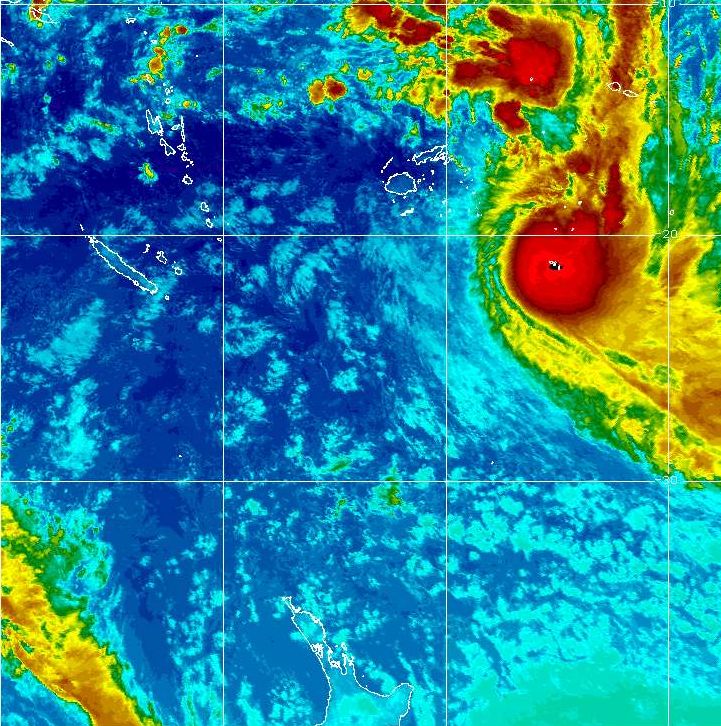 Tropical Storm Claudette tonight made landfall in Florida.  The storm didn’t strengthen further and damage was expected to be minimal.

Meanwhile Ana has been downgraded from a Tropical Storm to a Tropical Depression again – this time named Ana and not “2”.

Ana isn’t expected to really become too much more than an annoyance for islands between South America and Florida.  It’s possible she may cause some flooding.

Further east and Tropical Storm Bill is tonight roaring into gear.  Winds are averaging 110km/h making it a strong tropical storm and just 10km/h faster it will become the first hurricane of the season.  WeatherWatch.co.nz will bring you any breaking news as we expect the storm to make hurricane status when we receive our next data update at 9pm.

Looks like Bill has made it to Cat 1 – but most models have it veering North then East and probably missing all land .

The models generally are picking Bill to sweep the east coast of America – but miss it – as you’ve pointed out.

However it’s worth noting that Ana was predicted to head north before Bermuda…she is no where near doing that now.  The long range models can be widely inaccurate…just a slight shift to the west could mean major news for America.  So we’ll be watching it closely!

Yes, agree, the long range models can be wildly inaccurate, so you bet I’ll be watching over the next week with interest, especially as I have friends in several of the eastern states of the US.