Home > News > Christchurch:City of the future... 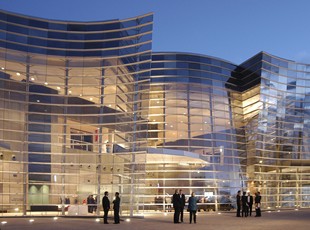 Earthquake-ravaged Christchurch has been highlighted as a global superpower that will help shape the next century.

There’s still a long way to go with more than 1000 buildings still in the process of being demolished however the future is looking bright.

An influential US magazine has ranked Christchurch alongside New York and Singapore as one of the world’s top 10 cities to watch.

Foreign Policy magazine has revealed its list of 16 cities most worth watching, which was compiled by Harvard University economist Edward Glaeser and Columbia University sociologist Saskia Sassen.

Christchurch came in at number nine. Mr Glaeser wrote of the city: “A massive rebuilding effort following this year’s New Zealand earthquake is a unique opportunity to rethink urban form.”

Singapore headed the list and was described as being “surely the world’s best-managed city”.

Christchurch does not need CBD building right now – earthquakes are still occurring and attempts to put in place a building programme now is ludicrous.
What ChCh needs now is a residential building programme in the safer more stable areas – especially away from the liquifaction prone areas of the east.
ChCh is already sorting out its new CBD’S in the suburbs.
Get cracking with the residential home rebuild and stop pontificating about the old CBD. In due time and in due course it will be obvious what to do, but not now! ChCh still has more significant quakes to come! Even if they are aftershocks! Just ask GNS Science!
I lived in ChCh in the 50’s and the early 60’s and still have family and extended family and friends there. I am not unmoved by what has occurred!