Christchurch to see hundreds of buildings to fall 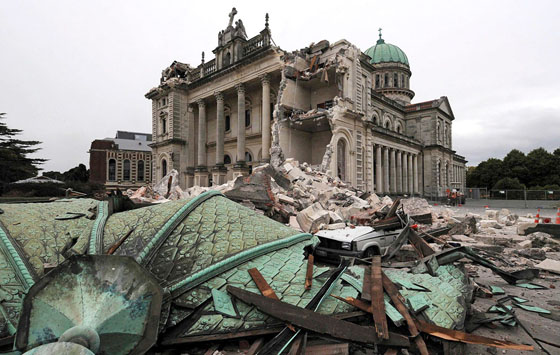 Already about 100 buildings have come down but most have been in suburban shopping areas, such as Lyttelton, with relatively few demolitions in the central city ”red zone”.
Work in the inner-city was expected to ramp up in the next few weeks, starting with Cashel Mall, which authorities are aiming to have open before Cup and Show week in November.

Media were taken on tour of the red zone yesterday morning, which remains a ghost town of leaning buildings and rubble-strewn streets.
While some diggers were at work, such as the CTV building site, many stood idle and only a handful of sections appeared to be clear.
At other sites, such as the AMI building on Latimer Square, cranes were allowing businesses access to recover files.

Many buildings have also shed more masonry in aftershocks in the past two months, potentially tipping some over into eventual demolition.
Isaacs said continually subsiding ground meant some buildings, such as Trade Union Centre Canterbury on Armagh St, that were once thought salvageable were looking increasing precarious.

Question marks also remained over how to bring down some multi-storey buildings that were holding up the recovery, such as the Grand Chancellor and Copthorne Hotel on Durham St.