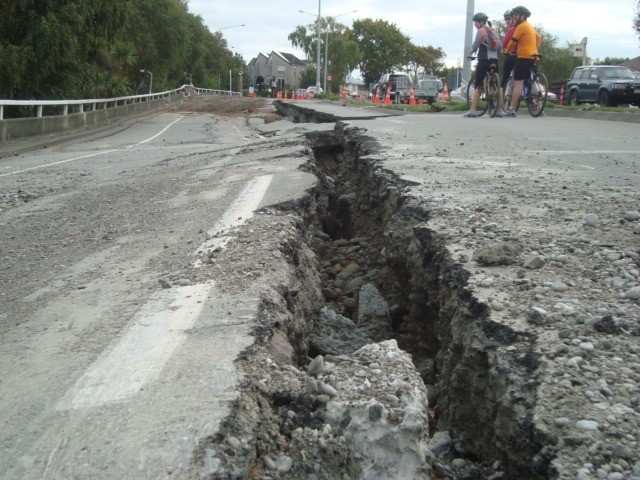 Christchurch has been rocked by a magnitude 5.3 aftershock.

The 5.49pm quake was centred 10km northeast of Diamond Harbour, at a depth of 11km and was felt strongly in Christchurch, GNS reported.It was also felt in Timaru.

An Orion spokeswoman said power was lost to about 20,000 customers when the quake hit.The spokeswoman said the number of customers affected – mainly in the southern part of the city – made up about 10 per cent of the company’s load.Electricity had already been restored in some areas, with the rest of the network expected to be up and running by 8pm, she said.

Rocks had reportedly fallen in suburban Sumner, near the RSA building, and an elderly couple was thought to be trapped in their suburban Woolston home.

Civil Defence advised people to check on their neighbours and to be wary of falling debris and dark areas on the road.
Some traffic lights were also out, it said.

This is a bit new for us. In Townsville we heard a sound like a truck roaring past then the shake. Obviously not as bad as in Bowen and Ayr but it ‘shook’ us up a bit.
We were in CHCH for the Feb. quake so knew what was happening. What we need to have answered though is how come we get the 5.2 and CHCH get get a 5.3 but we have no reports of damage? Do you know the depth of our NQ quake? Therein lies the answer?

Your quake was only 10 km deep and centred 124km SE of Townsville, but I think as it wasn’t right on your backdoor step (unlike CHCH”S) you were lucky to only get a good rattle.
It’s suprising how many quakes Oz actually get each year.

there has been a number of the same mag and higher in the world over the past few days especially arond the fiji tonga region its getting scary the amount of earthqukes there are around us lately maybe we should all be preparing for something bigger please check out world earthquake map . my heart goes out to christchurch i hope everyone is ok.

Sorry to hear of another big aftershock in Christchurch. I see Australia has a had a 5.2 near Bowen Queensland.