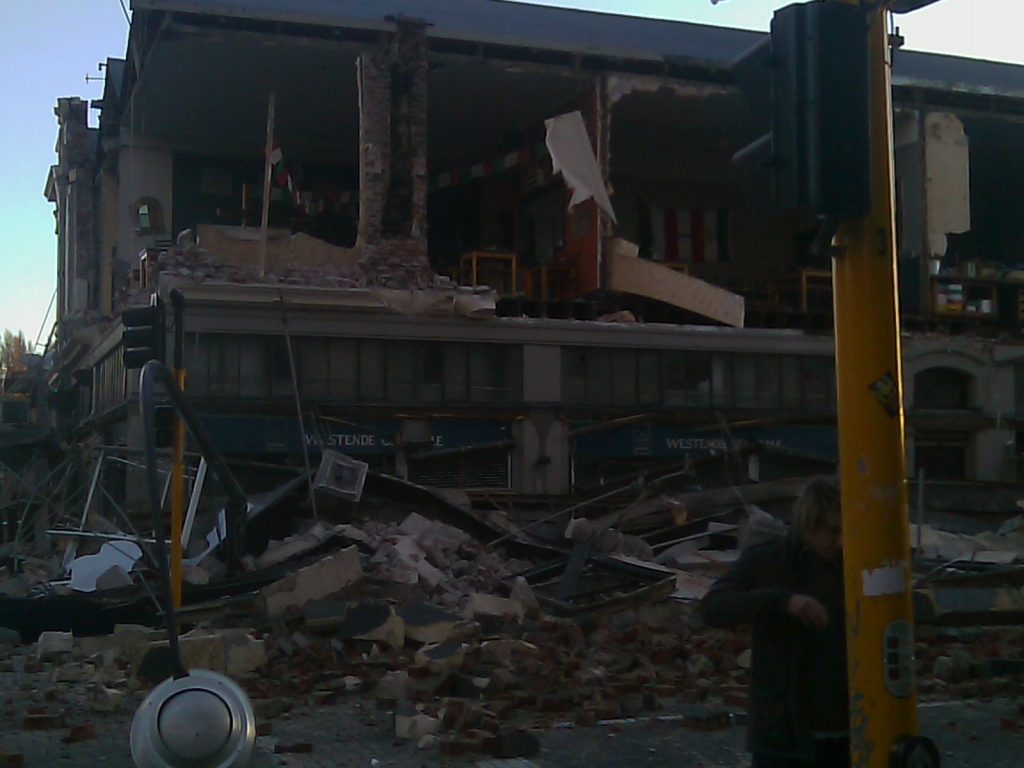 Getting out of Christchurch was not an easy experience yesterday – as our own head weather analyst, Philip Duncan, found out after experiencing first hand the news story that became headline news around the world.

Mr Duncan, who had a terrifying 4:30am wake up call from his 7th floor hotel room in downtown Christchurch, said the day was dramatic, long and incredibly emotional.

“There was a rush of adrenalin first of all.  Then the shock of realising an hour or so later that the damage was real.  I was standing in the middle of a city that was making world headlines.  It didn’t feel like I was in New Zealand to see buildings flattened.  It wasn’t until the end of the day that the emotional side kicked in – the lump in your throat as you think of the frightened elderly, the injured and those who have lost so much”.

He said conditions at Christchurch International Airport were chaotic once the airport re-opened around 1:30pm.

“Customers were told to call their airline to rebook if their flight had been cancelled however courtesy phones at the airport were not working.  To add to the problems mobile phone users were having difficulty connecting”.

“I guess it’s easy to complain about things that didn’t go well at the airport, such as waiting for a long time for it to be opened, or the fact that we sat on the tarmac for over 90 minutes because of communication break downs, but at the end of the day I’m alive and thankful for that”.

“Christchurch was changed forever yesterday morning. You can feel that it will never be the same again with so many historic buildings damaged”.

“However it’s important to focus on the positive.  Napier is a beautiful city because of the repairs made after the massive 1931 quake, so one can only hope downtown Christchurch will eventually see a burst of new life”.

Mr Duncan says despite the dramatic wake up call most people were in good spirits yesterday. “When I first walked into our hotel lobby it looked like something from War of the Worlds.  People looked like zombies sitting in the dark with blankets around them…until one kiwi bloke yelled out “I guess breakfast is free?” and everyone laughed.  It helped remove the tension and I think most were just grateful to still be alive”.

Side note: WeatherWatch.co.nz weather analyst Richard Green says his house was a “bomb site”.  His house was near the centre of the quake and suffered extensive damage.  The rest of the team at WeatherWatch wish him all the best.

I read your blog on the Herald website this morning. You mentioned seeing lights flashing? I did some research and apparently it’s known as earthquake light. It can occur in earthquakes and volcanic events. I saw a couple of blue flashes as well.

Only got another 4-5 hours sleep. Had another wake up call around 5.20am. Geonet saying it was 5.1, but felt quite strong.