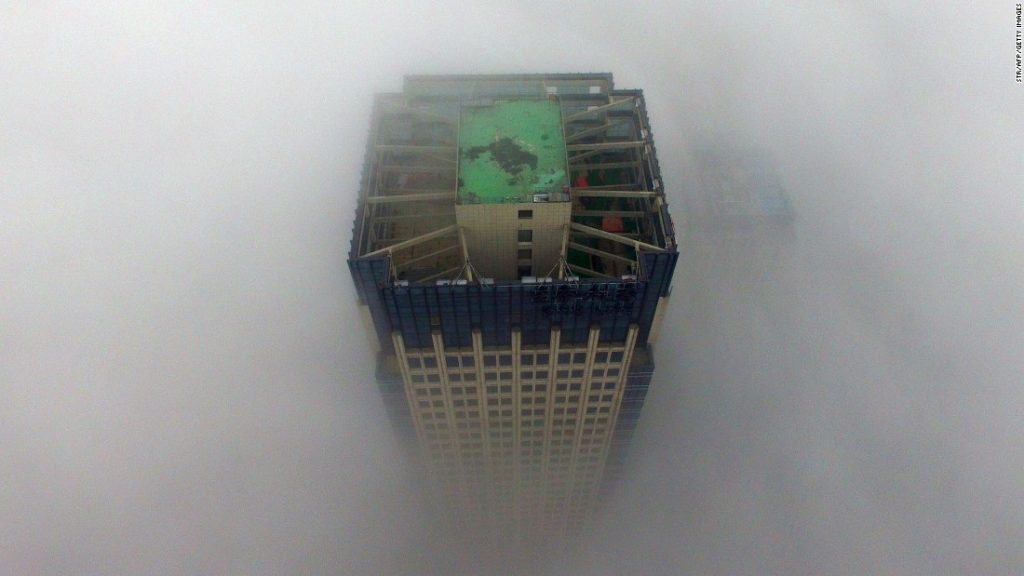 As if recent red alerts for smog weren’t bad enough, China has now issued its first-ever red alert for fog to go along with them.

China’s national observatory issued the fog alert Tuesday in a number of northern and eastern regions.
That followed some 24 cities issuing red alerts for air pollution. Red is the most serious level in the country’s warning system.

Through Wednesday, thick fog in parts of the Beijing-Tianjin-Hebei region will reduce visibility to less than 500 meters, as well as in the provinces of Henan, Shandong, Anhui and Jiangsu, the National Meteorological Center said. In extreme cases, visibility may fall below 50 meters in those regions.

Beijing’s cental business district was clouded in pollution December 31 during an orange alert — not as bad as what came in the new year.

The center also renewed an orange alert for smog in the same period in northern, eastern and central China, with smog continuing to blanket the regions since Friday.

On New Year's Day, Beijing was under a dark cloud of toxic particles 20 times higher than the maximum level recommended by the World Health Organization.

On New Year’s Day, Beijing was under a dark cloud of toxic particles 20 times higher than the maximum level recommended by the World Health Organization.

The fog and smog in relevant regions will begin to disperse on Wednesday and Thursday with the arrival of a cold wave, the center said.