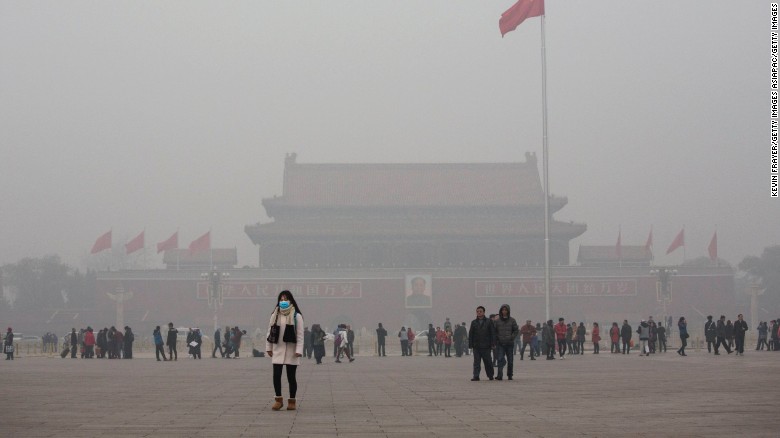 The alert means extra measures will be enforced, including closing schools, restricting car use by odd-even licensing, halting outdoor construction and other polluting industrial activity, and banning fireworks and outdoor barbecues.

The red alert — the highest level in the system — is due to be in force until noon Thursday local time. The city is currently under an orange alert, the second-highest level.

China, the world’s largest greenhouse gas emitter, aims to have its emissions peak by 2030.

Most of the country’s carbon emissions come from burning coal to heat homes and to fuel power plants, a practice that spikes during the cold winter months.