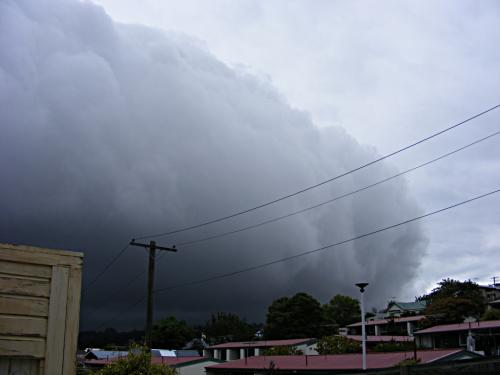 As predicted yesterday a number of northern and north eastern regions are feeling the warmth today but a cold change is heading northward this afternoon, currently moving in to Cook Strait.

Temperatures have dropped behind the cold front with Timaru on just 12 this hour and Christchurch and Kaikoura around 14 or 15.  Blenheim was 26 degrees half an hour ago but is now on 20 and dropping.

A northerly remains in Wellington where it’s a mild 22 degrees.

Further north and temperatures are even higher with 27 in Hastings and a string of 23s and 24s right up the North Island.

In Hamilton there’s a gentle westerly and 23 degrees this hour for the cricket.

Tomorrow the southerly should cover most of the country however conditions aren’t predicted to be too cold in the north.