Chill in the air to remain 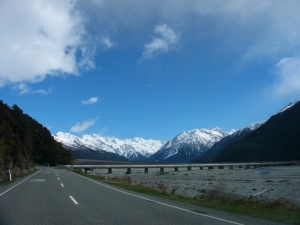 Friday proved to be fairly ordinary for more than half the nation but some areas managed late Autumn sunshine with little wind.
Inland South Island areas and much of the West Coast saw blue skies all day and Friday begain with a crisp start.

Elsewhere though there was a hint of winter approaching with either some rain or showers and temperatures not overly high.

Windchill in eastern areas made it feel like the thermometer was in single figures all day in the icy air and in some cases that was the case.

A band of rain did sweep over the north but took its time in getting there however once it arrived it capped off an average week of rain coming and going for some northern centres.

A high is pushing across the south and clear skies have kicked in for West Coasters and southerners with other parts of the Mainland seeing a clearance tonight or in the morning.

The North Island is also seeing the influence of the anticyclone but it’ll take a little longer to get rid of remaining showers overnight and for part of tomorrow.

Where starry skies are shining overnight the likelihood of frost increases and with the pool of cool to cold air over New Zealand some could be heavy in many sheltered inland areas.

Nationally the frosts will be more widespread on Mothers Day morning so breakfast in bed might keep Mum a little cosier on Sunday for a little longer.