Chill covers most of NZ 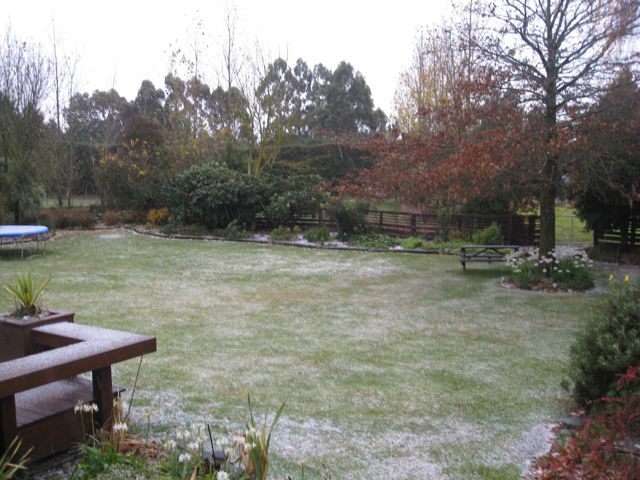 The biting sou’ west wind flow over the country has resulted in some very cool temperatures this morning with some people thinking it’s unusual for this time of year.

Weatherwatch.co.nz believes Autumn is a variable month and changes are often more noticeable after months of relatively warm temperatures.

Reports of snow, hail, thunder, small tornadoes and squalls have all come in from various locations in the last 24 hours and although it can be a bit of a shock to the system, April can see either very warm or very cool temperatures with changeable conditions interspersed with long settled spells.

Southwesterly conditions are likely for the remainder of the week with bursts of showers, some heavy laced with hail and an increase in the chilly winds at times as the fronts move over the nation.

Cloudy and cold with a fresh to strong blustery sw’erly with some showers today. My temp. max 11.7degC now 9.6degC.
I work outside as a gardener – I can vouch for the wind chill I would estimate at 6deg C.
Naturally I wear good tough windproof gear but can also vouch that I feel sort of windblown and weary after a whole day in these testing conditions.
I had to notify Met. Service this morning over their omission of Dunedin( occurs on a not too infrequent occassion) from forecast bulletins. i.e. North Otago – given mainly fine weather and South Otago given Dunedin’s conditions but with more frequent showers. As we are neither geographically in those two areas, I had to request where they placed us or had they simply ignored us as being an “annoying pimple on the arse that required excising ” as if we were a too hard basket case once more especially in these disturbed sw conditions.
As yet I have not received a reply but I have checked the forecast bulletins which now specifically mention Dunedin – they have decided to lump us in with South Otago which more correctly mirrors our actual conditions.