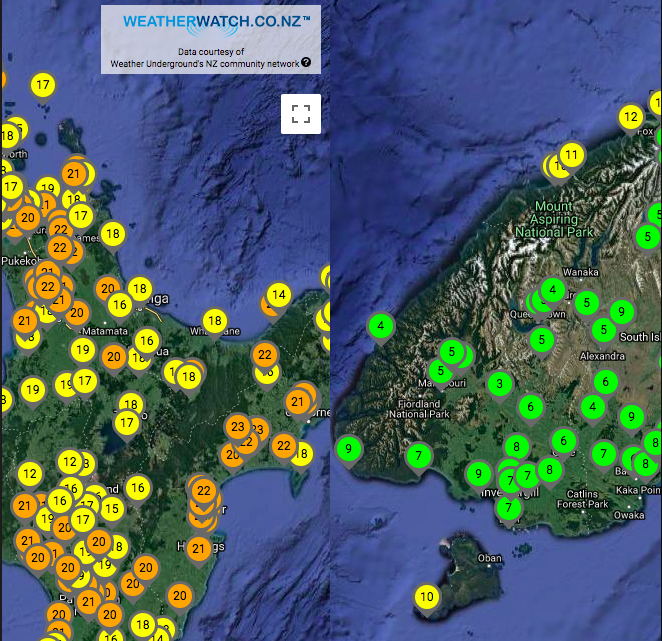 The set up is due to sub-tropical northerlies from just south of Fiji, pushing temperatures in the northern half of New Zealand into the low 20sC.

Some have even reached 23C across parts of the North Island while at the same time a wintry southerly moves up the lower South Island, bringing snow for some areas down to just a few hundred metres but that should melt away tomorrow as nor’westers return. Frosts are possible for some tonight through the South Island’s interior. 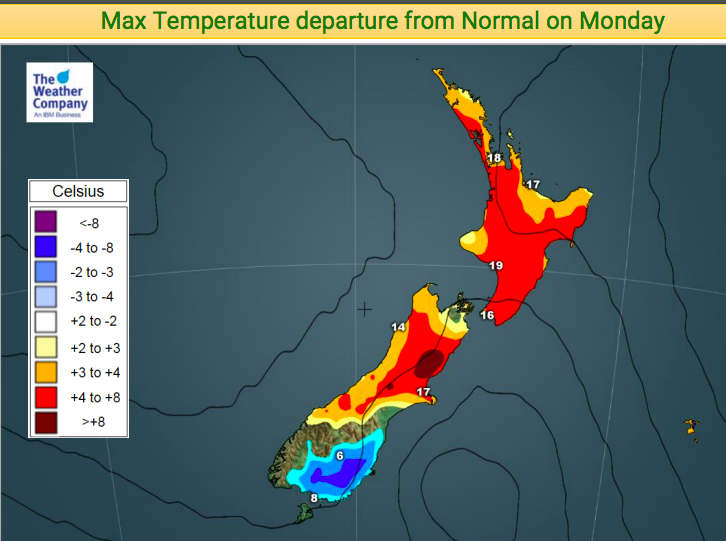 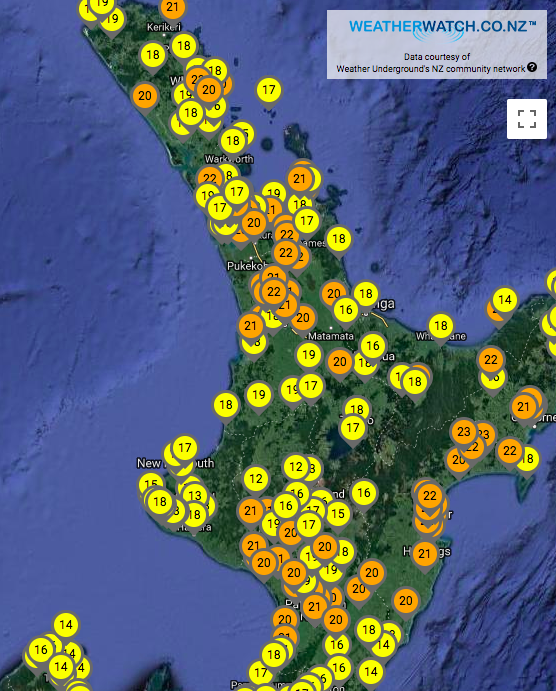 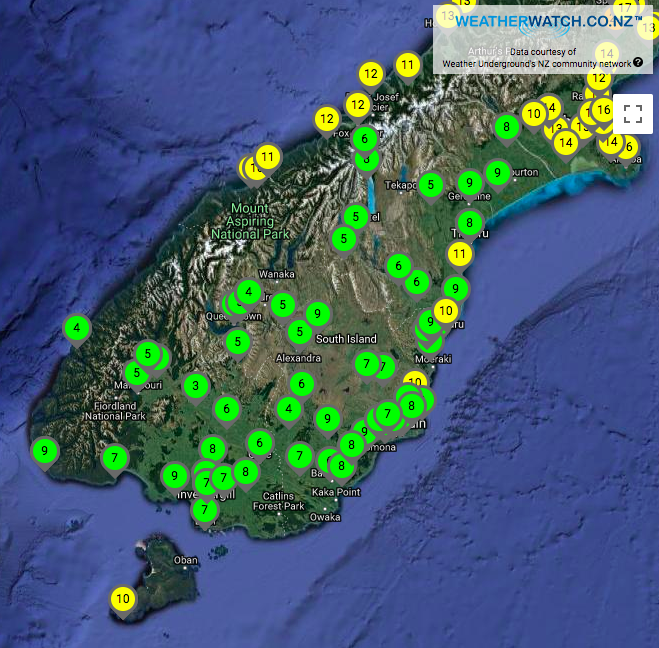