Changing of the seasons- have we got it right? 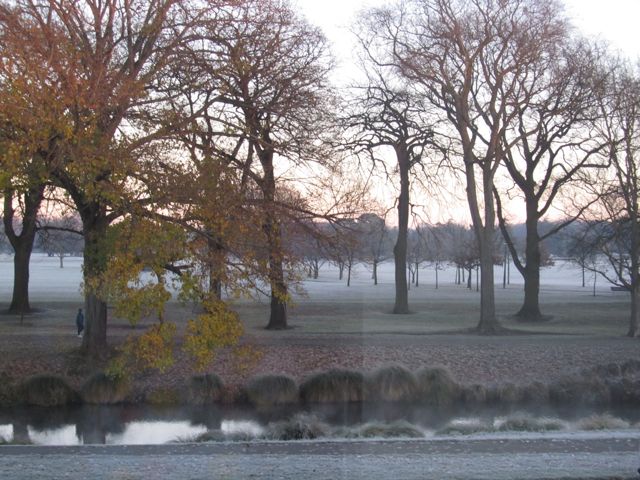 There are still lively discussions about the timing of the seasons and when they officially get underway and when they actually finish.
In New Zealand and Australia we begin each season as of the first day of the calendar month and yet many other nations take it from the 21/22nd of the quarterly seasons.Which works best in this part of the world do you think?

Winter is officially June 1 until August 31 and yet early to mid June can often feel like late Autumn.The only problem is if we took it from June 22, Spring wouldn’t start till late September when conditions have often already warmed up and blossom and daffodils are well into the season.
The equinoxes makes sense in terms of timing and much of the world recognizes that however the seasons don’t always seem to follow that pattern or the one we currently have.

Is there a better system that could be devised or is climate change making any type of structure just a complete waste of time?. Are our seasons changing or is it more media attention that makes it appear more varied?Is it that technology is advancing so rapidly that at any moment we can record a particular event which makes it dramatic and perhaps somewhat distorted?.

We’re approaching the beginning of Spring but if the seasons were altered, how would you feel if it was a month from now instead of 10 days?

Just keep it the way it is. Winter is cold phase, spring is the warming up phase  summer is the hot phase and autm is the cooling back down phase thats what the seasons signify and they are fairly accurate. We know where the sun will be in relation to the earth at prty much all times and it doesnt exactly change year by year per-say.

furthermore we cant accurately predict what the weather will do every year either. the only way to make the seasons totally accurate is to not set a date and let the meteological(excuse spelling) society inform the public on when the new season begins.. if it is a question of true scientific accuracy that would be the only way to be totally unequivocally sure would it not?

Equinoxes are universaly recognised and make more sense . . . . agree with Northern Hemisphere influences mentioned in recent comment. The one that amuses me is Halloween which is an Autumnal/Harvest celebration that is why it is in October, which doesnt fit NZ! Lived 13 years in North Hem in USA and Winter Christmas also ‘feels’ better, hence we’ve been putting “snow” on Christmas Trees for ever in NZ!

Last summer wasn’t late – it effectively started in an atypical November – dry, sunny and anticyclonic. There were some wobbles in Dec & Jan in the rainfall sense.

I think the problem lies in trying to assign European seasons to the southern hemisphere. We’ve been taught to accept 4 seasons but this is not necessarily the case. I believe Maori have up to 6 seasons, varying from region to region. In southwest Australia the local Aborigines have 6 seasons, and in the north where non indigenous recognise only the wet and the dry, they also have 6 (most of them unpronouncable so I wouldn’t expect them to be adopted anytime soon), Tasmania only has 3. Perhaps this is another discussion point…how many seasons are there?

I don’t think it matters what date is given ‘officallly’  ALL my daffidols have all been out for 6 weeks and yes, this is in Invercargill!

I dont think it matters much when re officially mark the start of the seasons..the weather will do what it wants when it wants, regardless of what humans designate it to be.  I  do prefer the equinox to mark the season change though.

Hi Team
Having just experienced our fifth decent frost in a row here at Wayby near Wellsford, I’m reminded of going to school in the fifties when this was a common occurrence at this time of year. Being typical humans, are we trying to organise our time on this planet too much instead of just going with the flow? I feel we can become too bogged down with being too precise in our views and trying to fit natural events into time frames. Perhaps we are trying too hard to get something hat is out of mans’ control, to fit what we want. Just a few thoughts. Keep up the good work of keeping us informed

Our family uses the equinox as a marker.   A month from now may be a sensible time.

The sooner the better for spring!

We never take it from the official start of the season, but from the equinox etc.  It always seems too early on the official date.      A month from now for Spring would be fine for me.