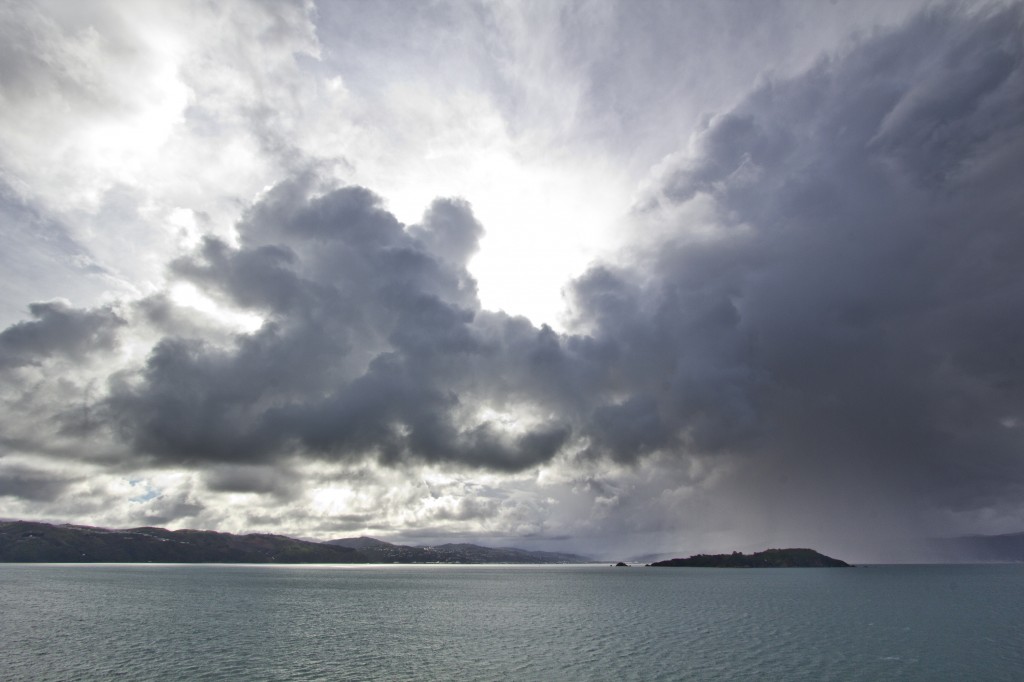 Steadiest falls of rain overnight fell across the Nelson and Buller regions but also lower areas of the North Island received a few millimetres as well.

Drizzly showers were the most common feature and today more of those can be expected over numerous areas but brighter spells can’t be completely ruled out either.

That doesn’t mean pockets of persistent or heavy showery falls won’t be in the picture either but they’re likely to be fairly localised and not long lasting.

Another sign today of inclement conditions will be the winds picking up and exposed areas to the sou’ west wind will see it whip up and be fairly cool for much of the country.

Over the northern half of the North Island the full effect probably won’t be until this afternoon.
“It’ll certainly become pretty windy and not that pleasant for those in the middle of it outdoors this afternoon” says weather analyst Richard Green “and for those having to be on water it’d pay to check out the conditions and forecast prior to setting off”.

Eastern areas of the South Island are also in line for breezy conditions but the temperature difference should be more noticeable with the low teens the most popular figure between Christchurch and Invercargill along the coast.
It’ll feel colder in the wind and feel more like single figure highs than double digits in exposed areas.
A little sunshine across inland areas might see the thermometer a little higher there.

Last night quite a chunk of the North Island was fairly humid with temperatures near the twenty degree mark at midnight.
“It was a sweaty sort of night for trying to get some sleep here in Auckland” says head weather analyst Philip Duncan “and it was more like a summer night than a mid autumn one”.
WeatherWatch believes the wind change today will make it much more comfortable tonight.

Rainfall totals over the last day or two have varied from a trace to over 100mm for places such as Kerikeri, Northland. Remote areas across hilly regions over the north including parts of the Coromandel have also seen falls mounting up to in excess of 125mm so far this week.
20-50mm have been more the norm though and a small top up today might add to those figures.

We’re still monitoring a shallow low set to arrive on late Friday/early Saturday but a more significant depression takes aim at the country next week.

Hi Guys,
Firstly I want to say you are all awesome! You are my one stop for weather forecasts.

If possible could you give me a idea of what to expect weather wise for the weekend of 26th April in the Tauranga area? Have a weekend away planned and would like to order some nice settled weather please hahaha Thank you!

Thanks Raewyn and much appreciated.

Fingers crossed that the weather gods smile and at the moment it’s looking dry with some sunshine, few clouds possibly and a high near 20 degrees on the Saturday.

Please check in with us soon for an update.

A big thank you for the weather updates over that crazy weekend just gone. We managed to stay dry but some family werent so lucky – they are busy trying to dry out carpets.

I am hoping that you will confirm the above for the weather in the Tauranga area this weekend – “dry with some sunshine” … can you let me know what to expect weather wise for this weekend.

Fairly mild in Whitby this morning. Patchy rain over the past 2 days and the wind is a fesh Southeaster.
Looking forward to the persistent rain forcast this afternoon and then the event from the incoming system later in the week.
Welcome Autumn where have you been?