Change on our doorstep 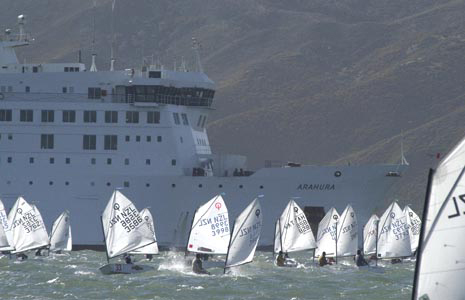 Rain has set in over southern and western parts of the South Island and this is likely to head north today as a frontal system covers much of the country.

A period of rain lasting a few hours is anticipated across the thirsty south but for much of the North Island tomorrow will be more likely.

A big drop in temperature wil also move in later today and tonight across southern regions and daytime highs could be halved with what has been seen lately.

Fires will be lit, heatpumps switched on and extra blankets on the bed will probably be the go as the first real bite of an Autumn change takes hold.

“Even though Dunedin airport plummeted to freezing yesterday morning, tonight  tomorrow night many other centres could be heading in that direction across the South island” says weather analyst Richard Green.”Snow can’t be ruled out over higher ground and then frosts are a likely scenario in a couple of days time or the weekend”.

Another front on Friday could keep those frosts at bay but an anticyclone sliding in over the weekend should see starry skies and crisp conditions overnight.

It’s been far from chilly though across southern regions during the night with Kaikoura on 20 degrees at midnight and both Kaikoura and Christchurch were 20 degrees at 6 o’oclock this morning.

The North Island today should see warmest temperatures over the north and east but with cloud thickening up and some rain over the southwest regions.
Centres such as Gisborne, Napier and Hastings should near the 30 degree mark today with nor’ westers picking up.

“Wellington will feel a northerly pumping through today and then tonight or overnight it swings to the south with a bit of a punch” says head weather analyst Philip Duncan.
“The capital will really notice a temperature difference but the good news is that rain will also roll on through”.

WeatherWatch believes rainfall totals today and tomorrow will vary but the Far North might not see what other parts of the country could be in for.

Auckland on Easter Sunday saw differing rainfall amounts with parts of the city seeing a trace whereas other saw totals in excess of 15mm, such as the airport.
Heavy downpours off and on over a few hours took place in some cases whereas just a few minutes for other areas leaving some locals bemused.
Reports came in from Papakura where they received only a handful of drops, Grey Lynn just 0.6mm and Waiuku near the airport, just 0.9mm

Auckland should see some showers tomorrow morning but largely clearing tomorrow afternoon with a sou’ west change blowing through.