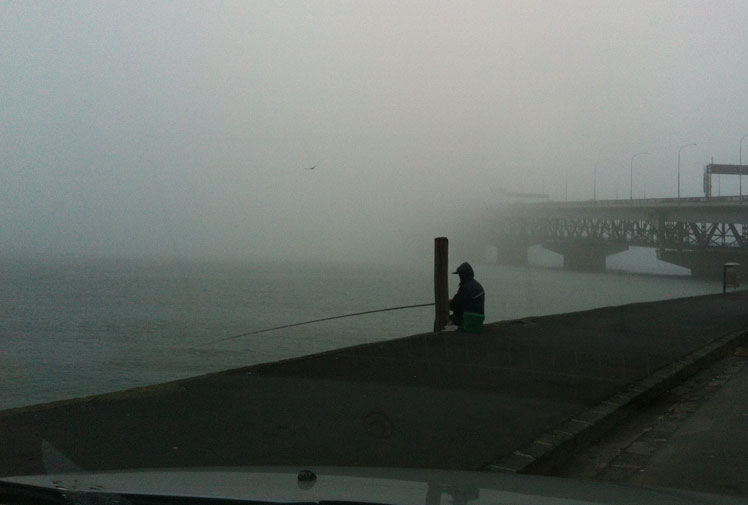 The most disturbed weather pattern across New Zealand on Wednesday looks to lie over the deep south.

In saying that it’s not overly major and any overnight showers or patchy rain should ease this morning before just being confined to the far southwest corner.

Dunedin could see a shower or two blow through but again it’s not long lasting and dry conditions should outlast any wet stuff even if it decides to turn up.

One other weather element today that could be tricky is fog. Pockets of fog and low cloud have appeared inside the last day or two and that also includes parts of Auckland.
Hopefully if it’s turning up this morning it won’t hang around for very long but as we saw in Christchurch last week it took until midday and certainly caused problems for travellers at Christchurch airport.
“To be honest we didn’t see that one coming in advance as the airflow looked to northwest above the city” says weather analyst Richard Green” But it took its time to blow over the city and cool moist air below it kept the thick fog tucked in for a few hours”.
Fog once again rolled in over parts of the city last night and continued off and on overnight.

Generally speaking though its looking dry for 90% of the nation with sunshine and cloudy spells being the two biggest standouts today.Some cloud may thicken across the south from time to time.

Temperatures once more looking to be a fraction above normal this afternoon and tonight near enough to average.

Thursday looks a little more changeable with the chance of a little late in the day/evening liquid sunshine over the Far North and some rain sliding up the West Coast of the Mainland and the chance of some localised downpours.
friday is looking fairly wet almost everywehere as a system moves across the country.

Fog here for the third day in a row. No sign of it lifting any time soon as at 9am