Home > News > Central US being raked by devastating to...

Central US being raked by devastating tornadoes 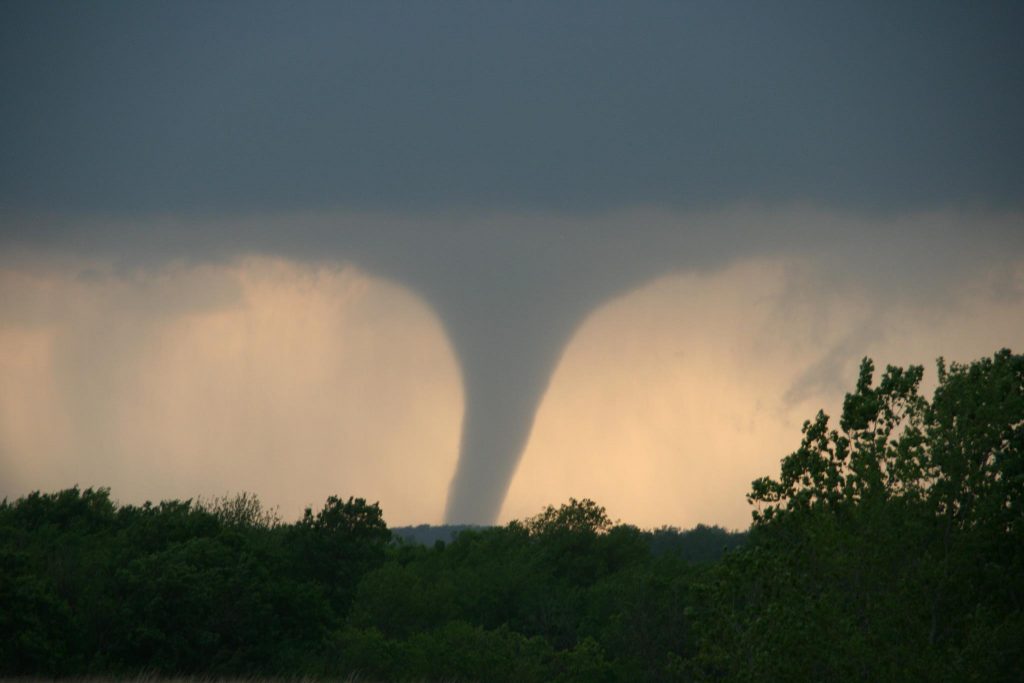 The states of Iowa, Kansas, Oklahoma and Nebraska have been struck by a round of large, devastating tornadoes.

Earlier in the day, a large US Air Force installation relocated some of their planes due to the weather threat.  A few hours later, that base was struck by high winds (possibly a tornado).  There are reports of hangar damage and a partial building collapse.

Elsewhere around Wichita, there are reports of a complete building collapse at the area’s largest employer.   A gas station was destroyed.   Roads blocked by debris and flooding.  25,000 are without power at last count.  This is all very preliminary stuff as this happened within the last 2 hours.  There will likely be more reports of damage coming out.

Elsewhere, according the mayor of the small town of Thurman, Iowa…over 90% of his town has been destroyed.  Their local hospital was severely damaged.  As was a hospital in Creston, Iowa.

At last count, about 100 tornadoes had ripped across the central United States today. 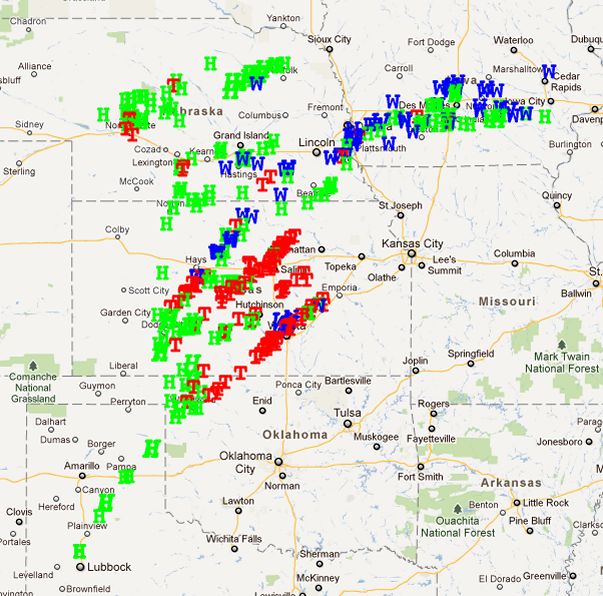 And it’s not over yet.

The US’s National Weather Service (NWS) says a high risk for severe weather still exists for the next several hours for parts of Nebraska, Oklahoma and Kansas.

After that, the focus shifts to Wisconsin.  The NWS says the risk for cities like La Crosse, Green Bay and the capital city of Madison is “moderate”, as opposed to the “high” risk seen today.

What that means is that threat is not as widespread.  The chance for anyone point seeing a tornado is not as great as what was seen today.  However, a “moderate risk” is still a significant risk.  It’s one that Americans are told needs to be taken very seriously.

So there is still a very real threat of dangerous weather and the possibility that the number of people affected by this massive outbreak will continue to climb.