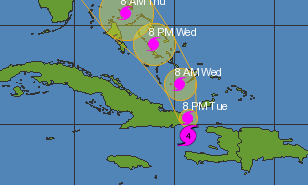 “The river has overflowed all around us,” church pastor Louis St. Germain said. “It’s terrible… a total disaster.”
St. Germain, who spoke to CNN on the phone from Les Cayes, Haiti, said the storm sheared a wall off of his house and tore roofs off many buildings in the area.
The “extremely dangerous” storm has already killed at least three people, caused cruise ships to change course and prompted officials to declare states of emergency.
And authorities have warned that the death toll could climb.
“We’ve already seen deaths. People who were out at sea. There are people who are missing. They are people who didn’t respect the alerts. They’ve lost their lives,” Interim Haitian President Jocelerme Privert said at a news conference.
The Category 4 hurricane made landfall near Les Anglais, Haiti, around 7 a.m. ET, according to the National Hurricane Center. By 2 p.m., it was back at sea, churning north toward Cuba.
Forecasters say the storm, which is located about 100kms east-southeast of Guantanamo, Cuba, and moving at about 16km/h – a little faster than yesterday – and is expected to hit eastern Cuba later this morning NZT.
A threat remains in Haiti even though the eye of the storm has passed. Ferocious rain and wind were already thrashing the Caribbean nation before the storm made landfall. And forecasters said Tuesday that life-threatening flash floods and mudslides were likely.
Up to 1000mm (1 metre) of rain could be dumped on the impoverished nation, which is still recovering from a devastating earthquake that struck six years ago and a cholera outbreak after that. 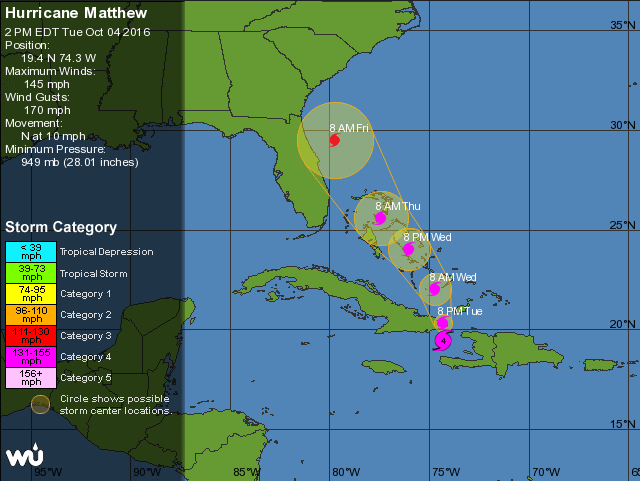 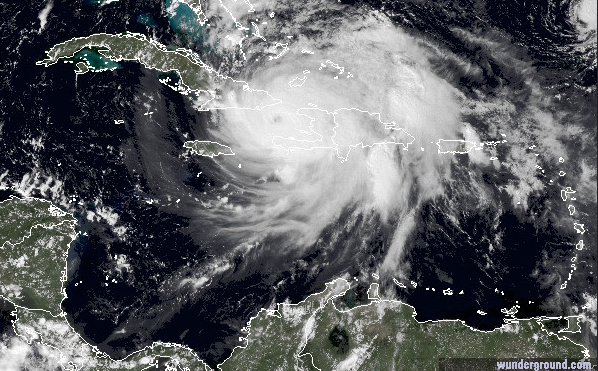 – Story by CNN, maps by Wunderground