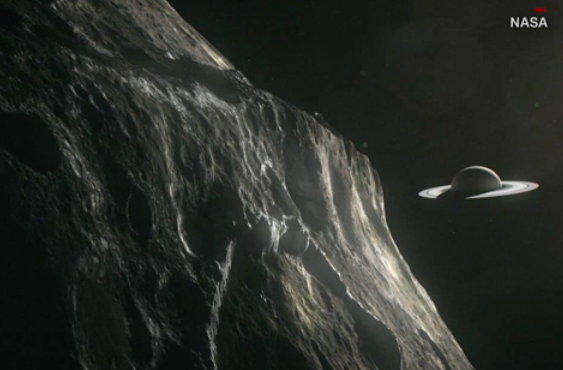 Contact has been lost with the Cassini spacecraft after it completed a “death dive” into the upper atmosphere of Saturn and transmitted its final signal, according to NASA.

The spacecraft deliberately sank into Saturn’s upper atmosphere at a high speed and plunged itself into the planet just after 6:30 a.m. ET Friday.
Given the amount of time it takes signals to reach Earth, the final signal and last bits of data reached the Deep Space Network’s Canberra Station in Australia about an hour and a half later.
NASA confirmed the spacecraft’s demise at 7:55 a.m. ET, as predicted.
For about a minute, Cassini was able to transmit new data about the planet’s composition as long as its antenna remained pointed toward Earth, with the assist from small thrusters.
Then, the spacecraft burned and disintegrated due to the heat and high pressure of the hostile atmosphere. It became part of the planet it set out to explore.
“It was a perfect spacecraft,” said Julie Webster, spacecraft operations chief. “Right to the end, it did everything we asked it to. It’s perfect, it’s perfect.”
No spacecraft has ever been so close to Saturn. The last few seconds of the Cassini mission provided the “first taste” of the atmosphere of Saturn, NASA said.
“You can think of Cassini as the first Saturn probe,” said Linda Spilker, Cassini project scientist.
On Thursday, Cassini took its last images and transmitted all the data on its recorder to prepare for the final plunge. The final data from Friday is already being processed and analyzed.
– Read more from CNN on this here + video