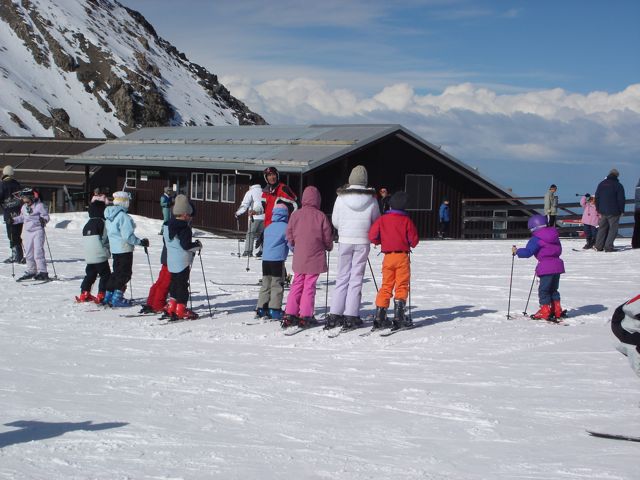 Gale force westerlies with blizzard conditions at times has shut many ski fields across the Canterbury region however the far south fields have opened with Cadrona, the Remarkables and Coronet Peak full steam ahead today.

Good dumps of snow have been reported and the much anticipated wintry conditions have been welcomed  recently after a delayed start to the ski season.The only problem now is getting settled conditions across the board for skiers to enjoy their days on the slopes.

“It’s looks as if these windy conditions will hang around for the weekend and into early to mid next week but there will be sunny breaks off and on with lighter winds ” according to Weather Analyst Richard Green.
” The nor’ west wind is howling high up and occasionally bursts of gales are pushing through at lower levels bringing showers of sleet and snow and not only making visibility a real problem but access roads are being choked up by the snow and gales” Mr Green says.

Overnight lows in the south were a tad higher than earlier in the week during the belt of severe frosts however when the windchill factor is taken into consideration it feels much colder than the 4 or 5 degrees being experienced in many areas.

Eastern areas of the South island are likely to see the most sunshine over the South Island today but a few showers may spill over from the divide, as the rain continues to tumble down in the west