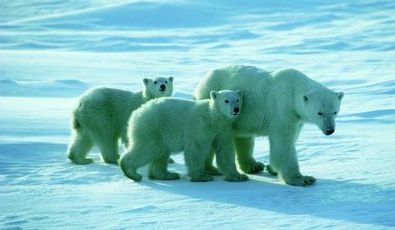 A Canadian town has found itself overrun with polar bears migrating from the North.

The problem has become so severe that the town of Churchill, Manitoba has created a “bear jail” for bears that wander into the town, according to Good Morning America.

Bears who stop by the town are often tranquillized and taken to the “jail” for some time before being airlifted and released some distance away.

Each bear is marked, and officials make note of repeat offenders.

Experts believe the influx of bears in the small town can be attributed to climate change.

The polar bears would usually walk out on the ice of a nearby bay around this time of year.

However, because of climate change, the freeze is coming later and later each year, keeping bears on the mainland for longer.

That is where Costa Botes Filmed “The Last Dogs Of Winter” last year. The film premiered at the Toronto International Film Festival 2011.