Canada to formally withdraw from Kyoto 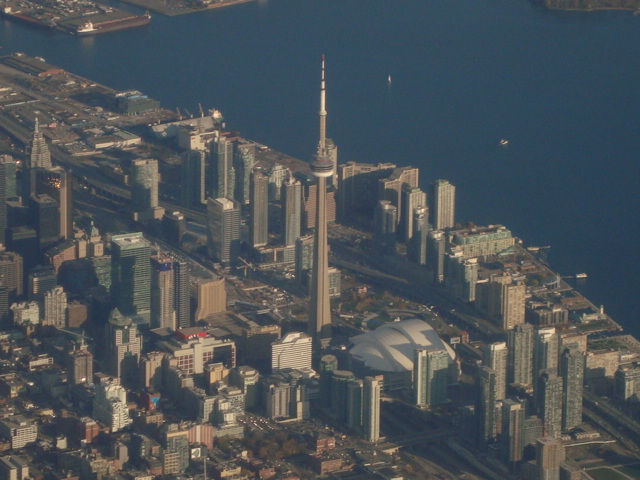 Just In — Canada’s Environment Minister Peter Kent announced today that Canada will withdraw from the Kyoto Protocol, saying the international accord “is not the path forward for a global solution to climate change.”

Kent made the announcement at a news conference in the foyer of the House of Commons.

Kent called the Kyoto accord “an impediment” to finding a solution to climate change because it does not include the world’s largest emitters, China and the United States.

He said the deal covers less than 13 per cent of the world’s largest carbon emitters, “and therefore cannot work.”

“It’s now clear that Kyoto is not the path forward for a global solution to climate change. If anything, it’s an impediment,” he said.

Kent also said it is impossible for Canada to meet its targets under the accord by next year, when it expires, and it doesn’t make economic sense to pay the monetary penalties for failing to live up to its obligations. Kent said penalties would add up to $14 billion.

“So as we’ve said, Kyoto for Canada is in the past,” Kent said. “As such, we are invoking our legal right to formally withdraw from Kyoto.”

Kent had dodged questions about Canada’s intentions since late last month, when CTV’s Roger Smith reported the federal government planned to pull out of the international accord.

The environment minister said repeatedly over the following days that Kyoto “is in the past,” and Canada would not agree to an extension of the accord, which expires next year.

The government has criticized the accord for leaving out some of the world’s largest emitters, including China and India, as well as the United States.

The emissions-reduction targets contained in Kyoto are legally binding, and Canada is well behind on meeting its obligations.

Kent said the government is moving forward on its commitment at the TK Copenhagen climate change conference to reduce emissions by 17 per cent compared to 2005 levels by 2020.

He said Canada is also committed to negotiations on a new international deal for reducing emissions that includes all emitters.

“Canada will work towards a legally binding agreement to address global emissions that allows us to continue creating jobs and economic growth in Canada,” he said. “Domestically, we will continue to do our part to reduce greenhouse gas emissions.”

The news comes a day after 194 nations, including Canada, agreed at a climate conference in Durban, South Africa to engage in talks for a new international climate deal, which would come into effect no later than 2020.

Kent said Canada went to the conference “in a spirit of good will,” seeking a climate change deal “that covers all major emitters.”

“We will work toward this in the coming weeks and months,” Kent said. “It will not be easy, but it is important, and Canada will continue to be a willing partner with those willing to address Kyoto’s many failings, while also ensuring major emitters live up to binding commitments to reduce greenhouse gases.”

Wow, Canada must really dislike the whole thing, must admit I’ve never understood the Protocol. I wonder if any other nations will leave?

… if only NZ would follow suit! Go Canada – a country with the ability to follow it’s own path.